Circumnavigating New Zealand — Akaroa; Best Fish and Chips ever at Murphy’s on the Corner

Ursula had heard that Akaroa is the place to go for fish and chips, and we read up on several recommendations. Alas, we did not go with those, but instead found a place on our own. If we had taken the most recommended place we would have wound up eating lunch at Bully Hayes: 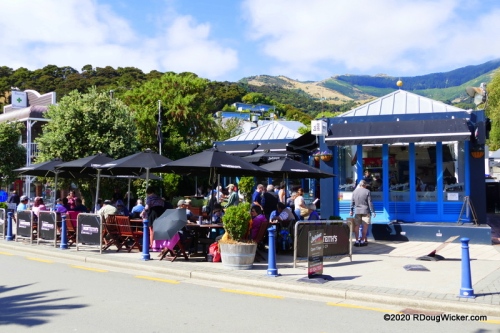 But a quick look at the offerings on the plates served outside left us yearning for a place we found on our own about half an hour earlier, when we stopped at the Coronation Library to snag a Wi-Fi signal for a bit:

Wi-Fi at Coronation Library on Rue Jolie near Beach Road

Just two minutes’ walk south, on the corner of Church Street and Rue Jolie, we passed a mouthwatering little place that was packed, with people waiting to take one of the few tables available. So, we headed back and decided to give this place a try. This is Murphy’s on the Corner:

Murphy’s on the Corner

The menu appears to change daily, as does the fish used in their fish and chips: 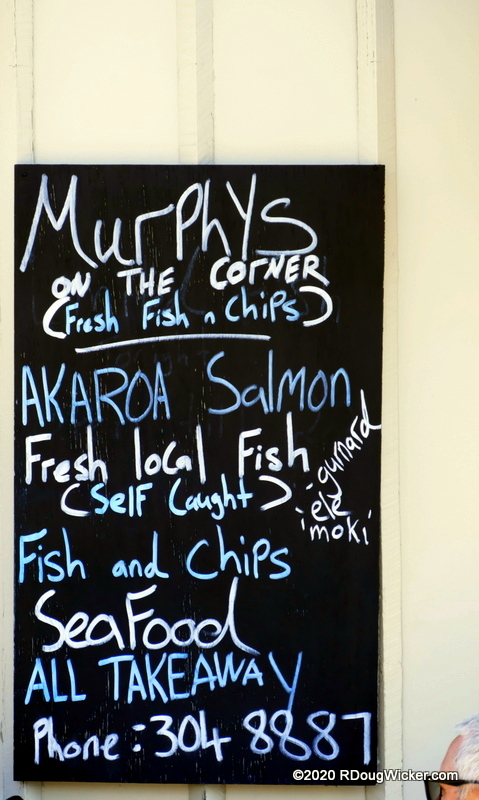 I must say that heading back to Murphy’s from Bully Hayes was a definite win. I used to live in England, and I’ve traveled all over both Scotland and Ireland. In none of those places, world-renowned for fish and chips, have either Ursula or I ever had an example with incredibly tasty with a batter this delightfully light and crispy:

But enough about lunch. Let’s finish today with another view of the town:

4 responses to “Circumnavigating New Zealand — Akaroa; Best Fish and Chips ever at Murphy’s on the Corner”