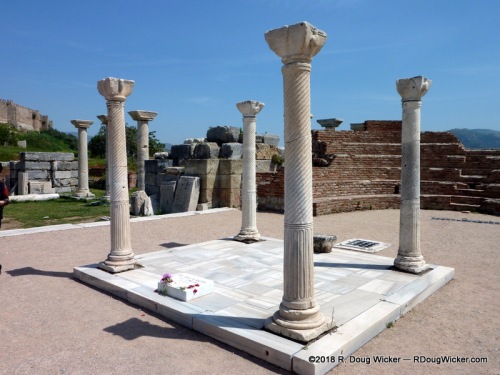 One last look at the area around Ephesus with images from the Basilica of St. John and the House of the Virgin Mary. Next week we move on to ancient Greece. 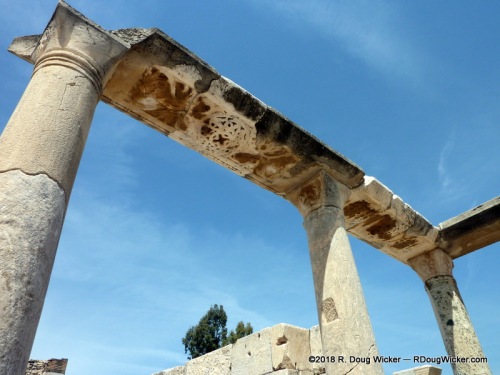 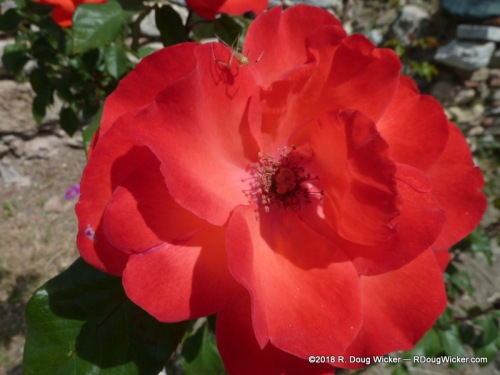 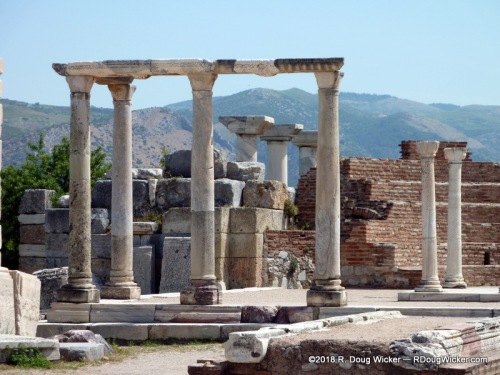 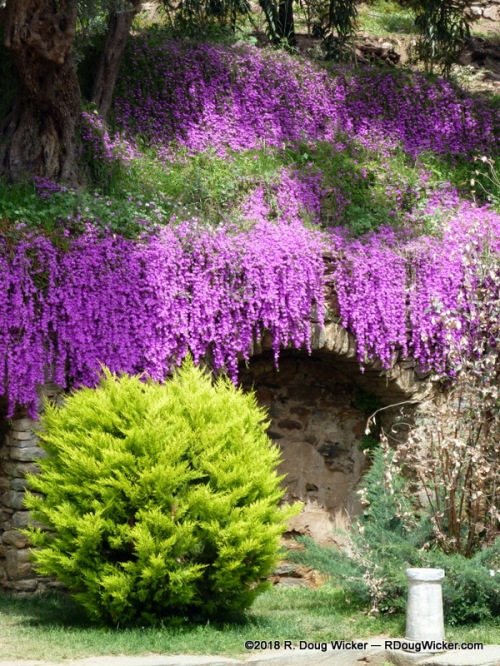 Flora at the House of the Virgin Mary 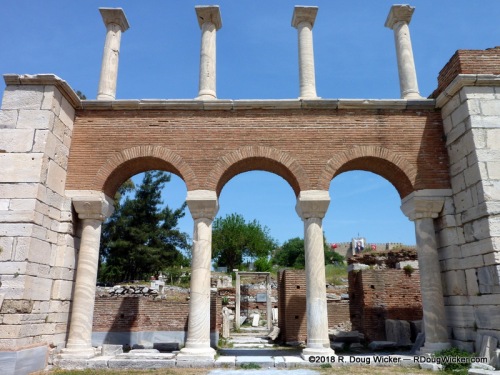 About 1.5 miles/2.4 kilometers east northeast of ancient Ephesus, Turkey stand the ruins of a basilica built in the 6th century by Eastern Roman Emperor Justinian I. By all historical accounts, it was quite a structure. It was known as the Basilica of St. John. 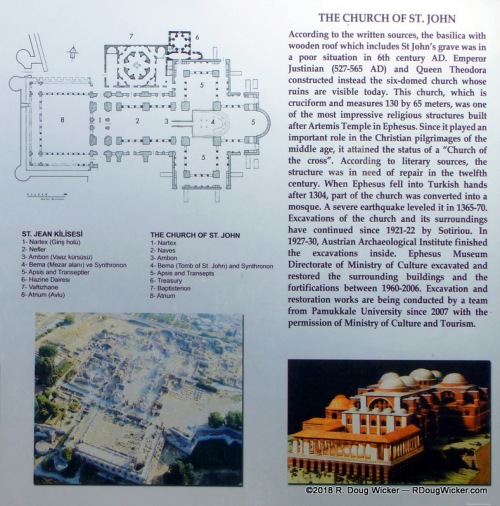 The Church of St. John

But today not a lot remains. 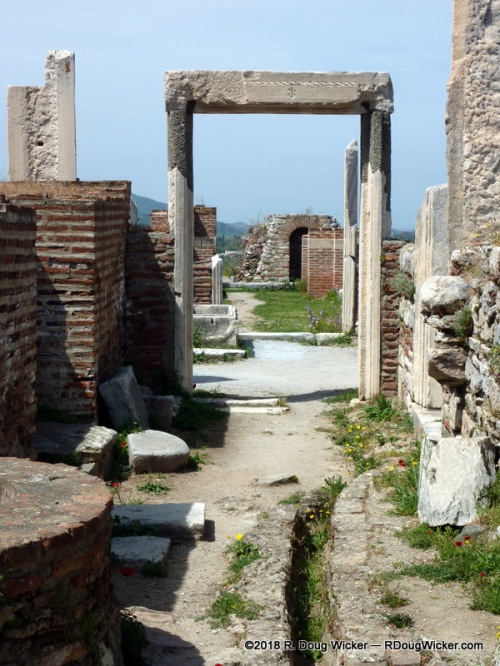 However, this ancient church site has something no other church in the world possesses. Legend has it that the basilica was built over the tomb of the Apostle John. 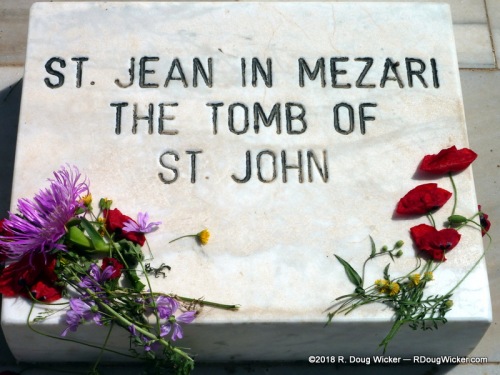 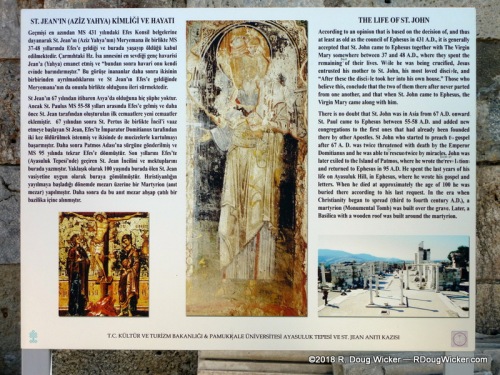 Plaque on the life of St. John

To enhance the readability of the English side of the above plaque, here’s a crop that describes the life of St. John: 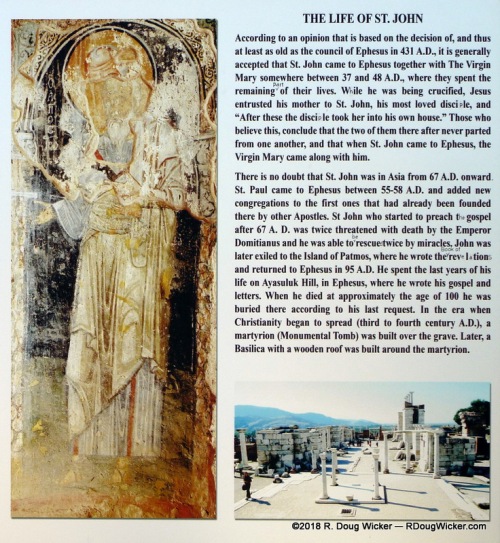 The life of St. John

Located within the ruins of the basilica is the baptistery: 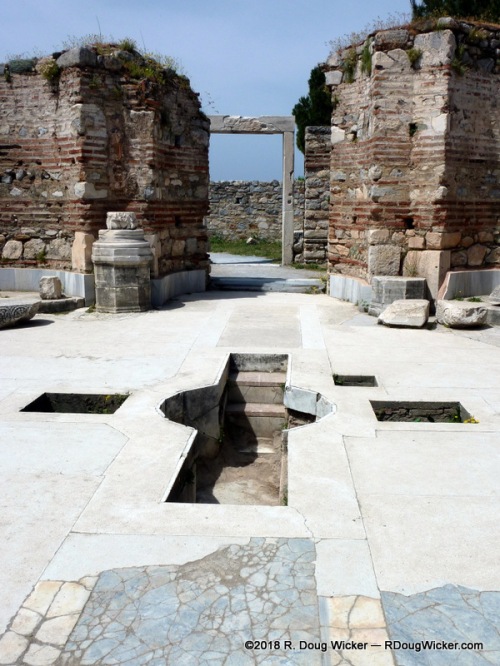 The Basilica of St. John was based upon another lost structure, this one in Constantinople (site of modern day Istanbul). That was the Church of the Holy Apostles built some 200 years earlier. In the plaque above describing the life of St. John,  you may have noted that the apostle came to this area with yet another important figure in Christianity — Mary, the mother of Jesus. On Wednesday we’ll visit the house where she purportedly lived out her later years. Until then, some final images of the Basilica of St. John: 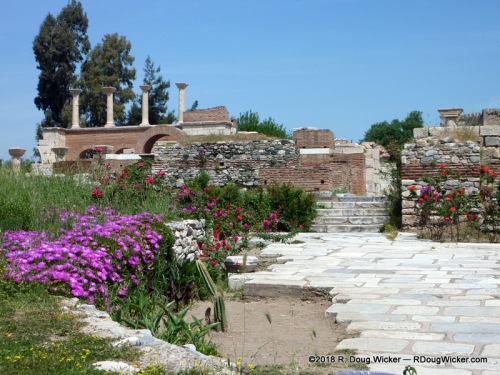 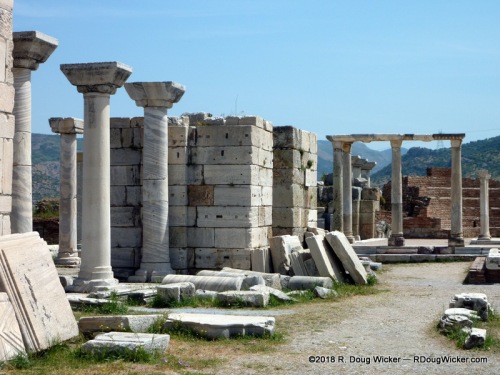 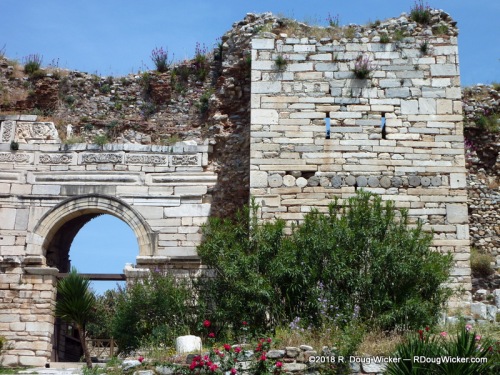