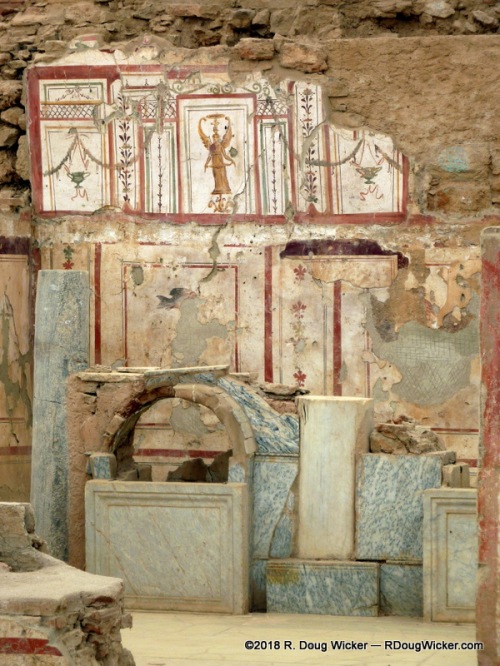 With the exception of the wall fresco above, today’s article will feature the intricate and beautiful mosaics decorating the terrace houses of Ephesus, Turkey.

Many of the mosaics here mimic a decorative carpet when seen from a distance.

It is only as you get closer that their true composition becomes evident. 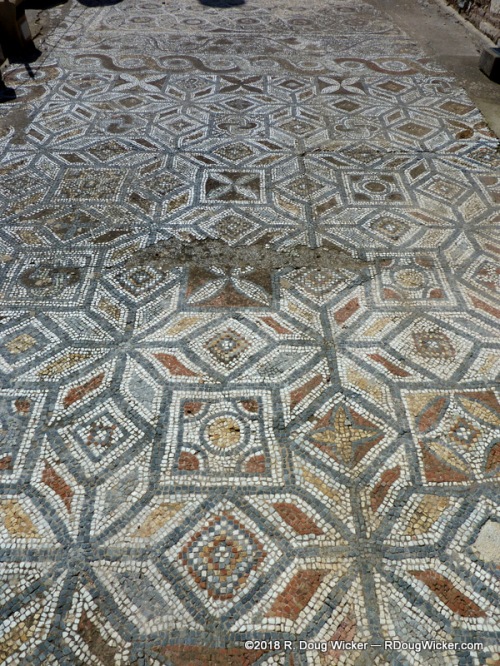 The floors are not, however, the only exquisite examples of mosaic art found here in the terrace houses of Ephesus. The fresco-laden walls often contain very intricate mosaic designs. Sometimes animals are depicted, as in this image of a lion standing guard over the head of a bull: 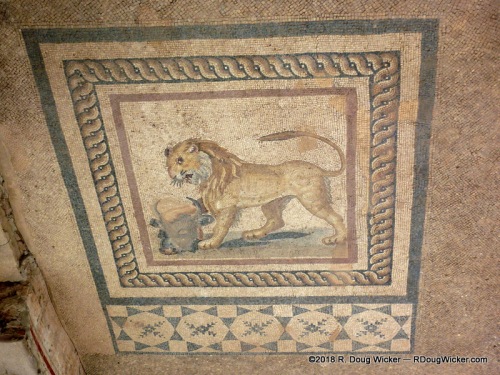 A lion with the head of a bull

Mosaics were also used as apotroaic images to ward away evil, and one of the more common images in both ancient Greek and Roman cultures is that of a Gorgon. In Greek mythology, the Gorgons were three sisters with hair consisting of writhing, venomous vipers. So hideous where the Gorgons that one glance would turn a man to stone.

A Gorgon with hair of snakes

Much of Roman mythology can be traced back to the Greek religion that preceded it. The names were often changed, but the underlying myths remained similar, or even identical. For instance, the Greek god Poseidon was given the Roman name Neptune. Poseidon’s wife Amphitrite became Salacia. Here is a mosaic depicting both; along with Neptune’s steed, a sea-horse with a fish tail (hippocampus):

Neptune (Poseidon), Salacia (Amphitrite), and a hippokampus (sea-horse with the tail of a fish)