54 Days at Sea — Touring Pisa and the second “Leaning Tower” 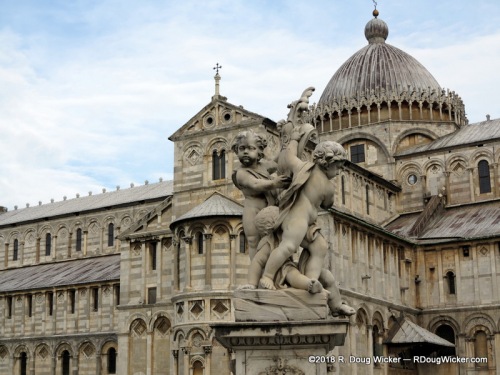 Wandering around Piazza dei Miracoli presents both opportunity and frustration for the photographer. The opportunity is, of course, the three magnificent buildings in the square — Pisa Cathedral, Baptistry, and Tower. The frustration are the throngs that meander in and out of your composition: 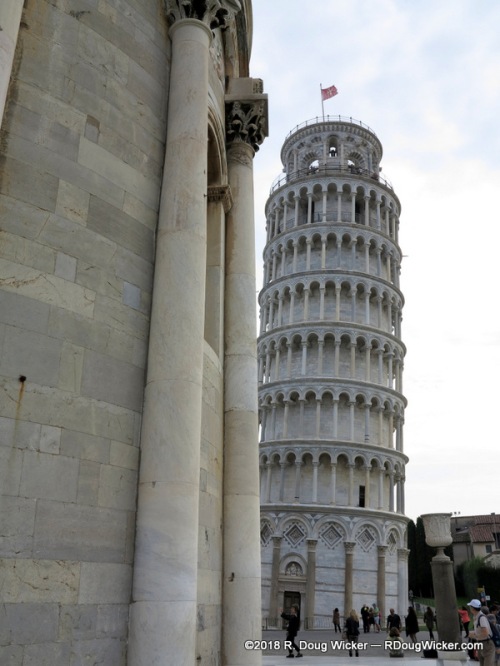 As such, the photographer has to get a bit creative by often foregoing the broader view and instead focusing on a detail: 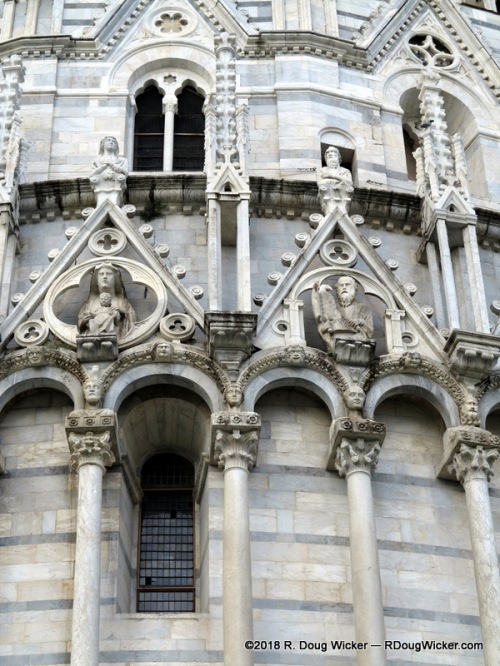 But at some point you simply have to throw in the towel and include people into your shots: 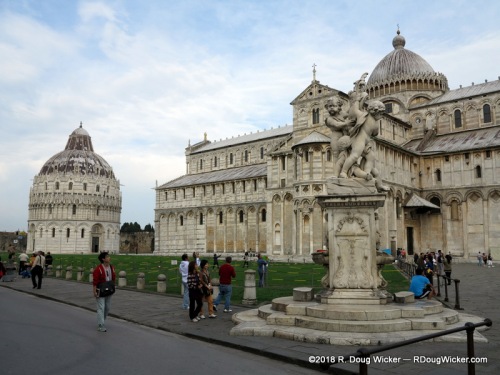 Sometimes, however, a few people in the shot can work to your advantage by giving both perspective and orientation, that latter being important when photographing a leaning structure: 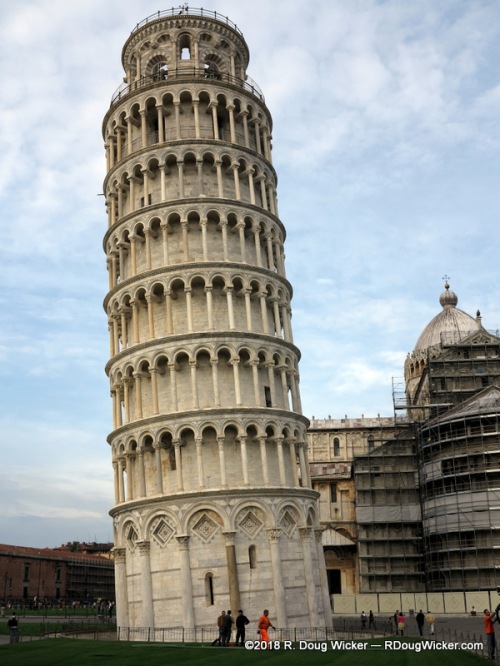 Still, I like to look upward for inspiration in crowded venues: 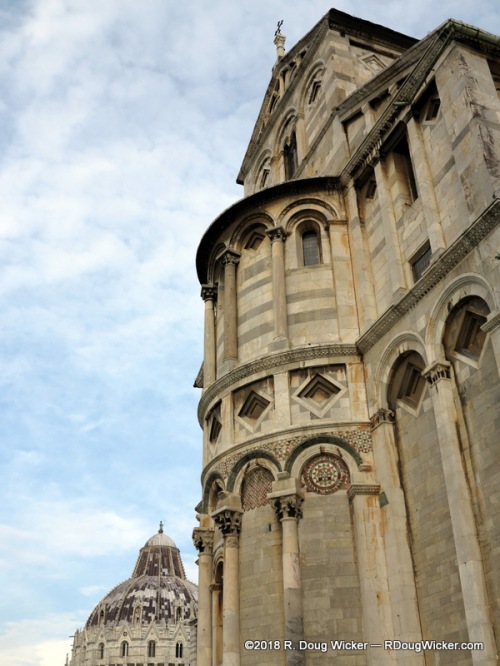 By the way, the Pisa Tower is not the only leaning structure in the area. Our guide made sure we saw yet another: 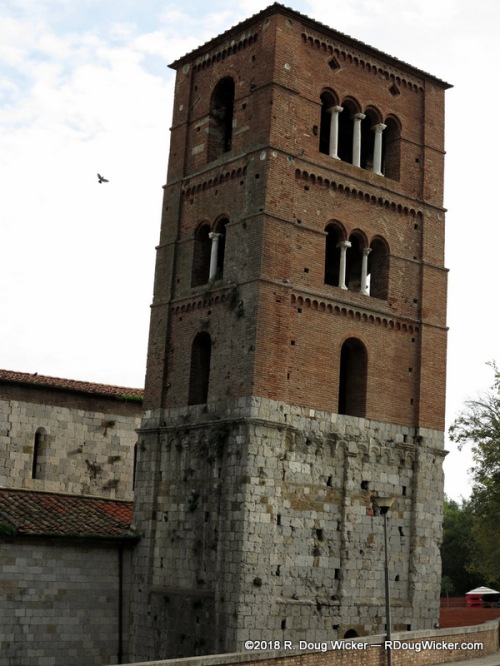