Tag Archives: Radiance of the Seas 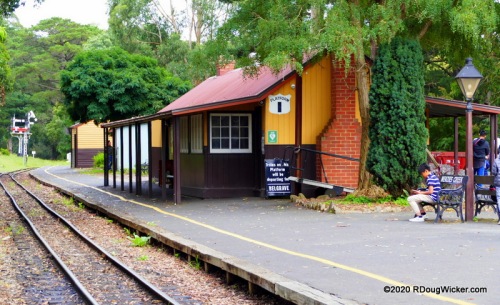 Rolling Through the Countryside 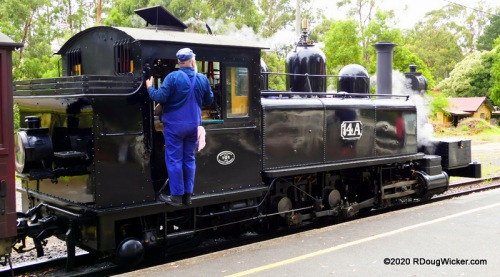 The Puffing Billy locomotives are V.R. (Victoria Railways) NA Class steam locomotives. Of the seventeen NA Class locomotives built, the first two were supplied by the Baldwin Locomotive Works of Pennsylvania. The remaining fifteen were manufactured in Australia at V.R.’s Newport Workshops. That includes today’s featured Locomotive 8A, which was built in 1908: 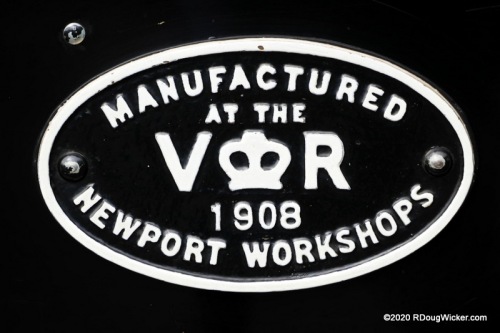 V.R. Newport Workshops; this locomotive was built there in 1908

You got a good look at Locomotive 14A on Monday, so today and for the rest of this series we’ll be concentrating on Locomotive 8A, which supplied to us the power for this day’s journey. From the Puffing Billy website on Locomotive 8A:

Built in 1908 and painted Canadian Pacific red & dark brown, this locomotive was issued to the Upper Ferntree Gully to Gembrook line. Over the years, it saw service on the Colac to Crowes and Moe to Walhalla lines, but it saw more service on the Gembrook line than any other. It was withdrawn from service in 1955 at Upper Fern Tree Gully and sold to the Beaumaris City Council where it remained on static display until 1970. After storage at Newport & Ballarat North Workshops, it was brought to Belgrave in 1976 for restoration. It was returned to service in 1982 after a complete rebuild in close to its late 1920s condition with its extended bunker & modified front end including the tapered “stovepipe” smokestack, steel cow-catcher and the all-over Black livery.

Our originating station for this trip was Menzies Creek Railway Station, some of which you saw on Monday. 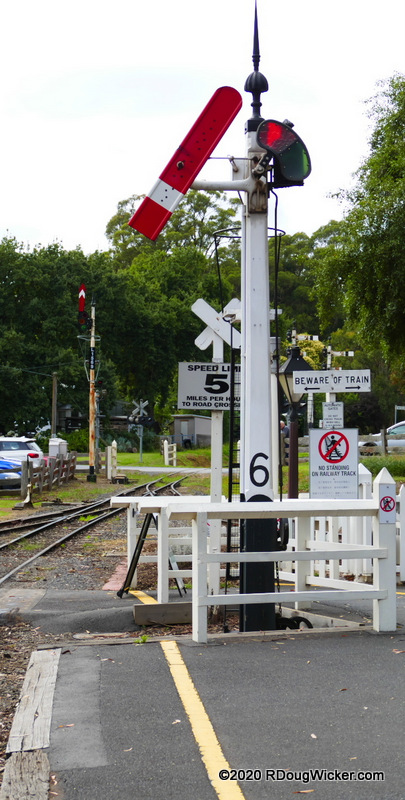 It would be a while before our train was assembled and ready for departure, as Locomotive 14A had to be disconnected, and Locomotive 8A jockeyed into position. 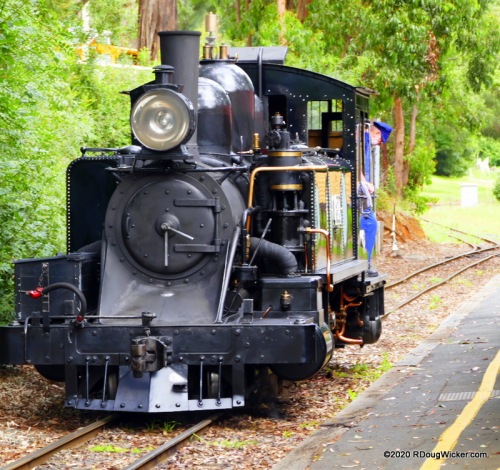 Locomotive 8A on a siding

A word about the rolling stock you’ll see on this trip. These were NBH carriages. N stood for narrow-gauge, B meant the carriage was for second-class passengers, and H indicates usage for holiday traffic. From the Puffing Billy website:

Here you see a locomotive engineer concentrating on his work: 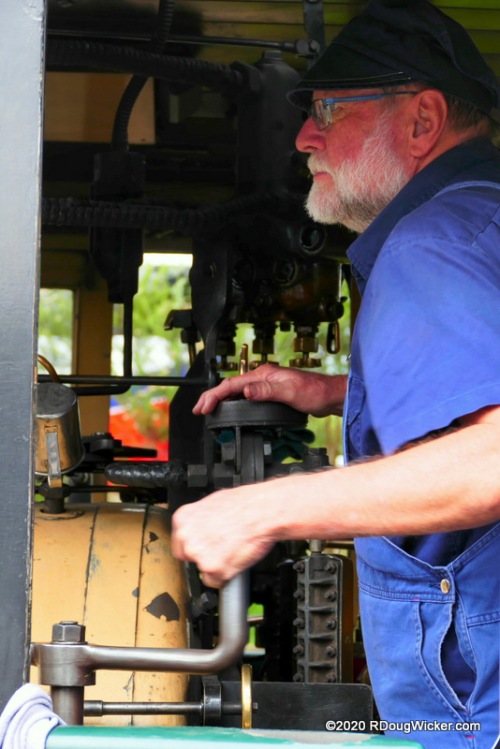 Put it all together and you get this: 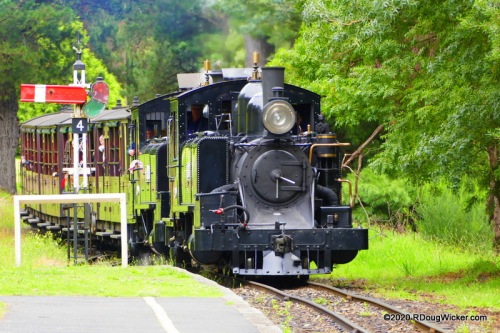 Our cruise ship departed Adelaide on Sunday, March 1. Two days later Radiance of the Seas docked in Melbourne. But this day we would not be touring Melbourne. Instead, we had a date for a ride aboard the Puffing  Billy Railway, a narrow-gauge heritage railway. 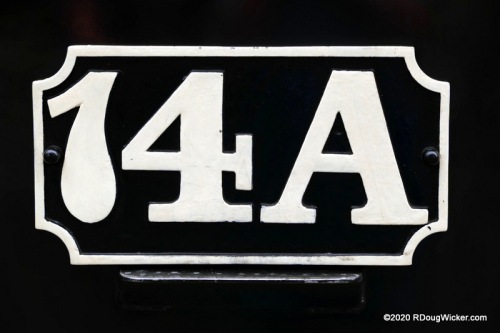 There’s a lot to see on this excursion, so we’ll be enjoying it this week and next. And there’s a lot of history on this line, from the stations to the equipment used.

For instance, today I’m presenting photos of Locomotive 14A. From the Puffing Billy website:

Built in 1914 and painted Canadian Pacific red & dark brown, this locomotive was issued to the Colac to Crowes line and saw service on all four lines, but mostly on the Colac to Crowes line. It was withdrawn from service in 1962 at Colac and sent to Newport Workshops for storage where it remained, except for a brief time at Bendigo North Work-shops in 1963. After overhaul, it was brought to Belgrave in 1965 where it has seen almost continuous service since. In 1978, it became the first of the preserved NA’s to trial a historic colour scheme for which the Canadian Pacific red & dark brown was chosen, but ended up mistakenly being painted a “London Tan” & dark brown. In 1996 it received a more correct Canadian Pacific livery. This “temporary” trial livery has now given way to 14A’s designated livery of all-over black. Its physical configuration will match the late 1940s era with the extended bunker, guard irons, etc.

Locomotive 14A would not be our steed this journey. You’ll see that beauty on Wednesday. I present Locomotive 14A because it was available for detailed viewing while we awaited our own transportation. Let’s take a look at the boiler of this beautiful steam-powered locomotive:

And while we’re at it, let’s take a gander at the vitally important temperature and steam gauges that warn against impending disaster should the pressure get too high: 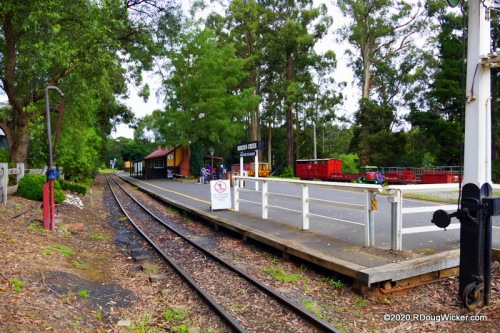 I’ll be posting links below to provide you with more information, and I’ll be including these links throughout the series. Until Wednesday, here’s one last look at Locomotive 14A hitched up to the rest of her train:

Locomotive 14A ready to go