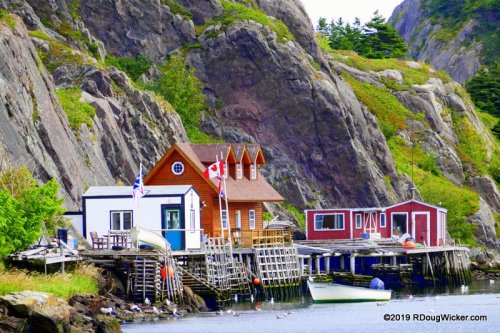 Our final images of Newfoundland, and a conclusion to our series on visiting the Baltic and transiting the North Atlantic: 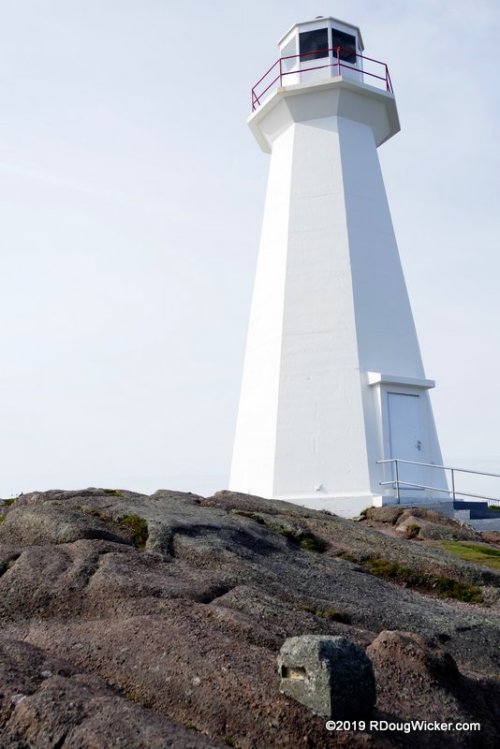 Sitting on ‘The Gut’ (name for Quidi Vidi Harbour) 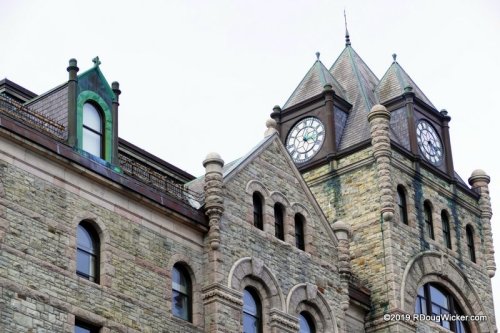 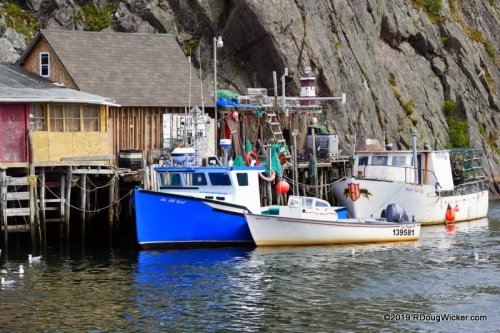 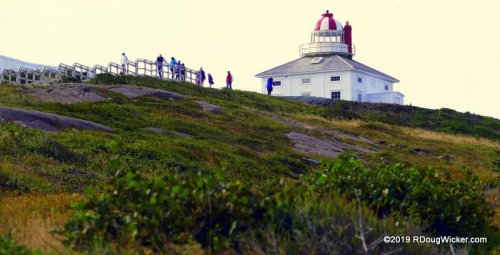 It’s been quite a while since I started this series on our back-to-back voyages aboard Royal Caribbean’s Vision of the Seas. Part 1 ran from March 18 through July 19, and took you to many destinations throughout the Baltic. I started running Part 2, showing you our transatlantic crossing, way back on July 22, and this week’s Fun Photo Friday will conclude that series as our final destination was disembarkation from Vision of the Seas in Bayonne, New Jersey. 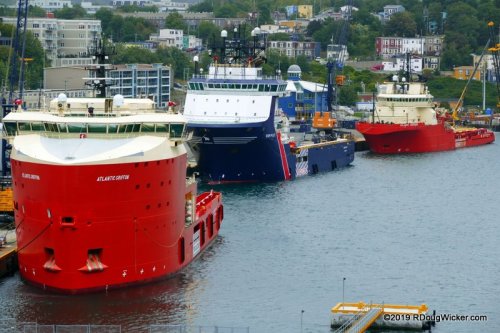 I hope you enjoyed this series and found it both informative and entertaining.

These back-to-back voyages took place in 2017. My next series will be a bit more current, having taken place this past October on a fall foliage cruise that started with us staying in Montreal for a couple of nights, then taking a train to catch our cruise ship in Quebec, then sailing through the Maritime Provinces, two ports of call in Maine, a brief stopover in Boston, and then a repositioning of the ship to Fort Lauderdale with a stop at the Kennedy Space Center in Cape Canaveral. From there, we’ll rent a car and take you up the west coast of Florida with stays on Captiva Island and at a historic, recently renovated (and physically moved!) inn near Clearwater.

So, hopefully, we’ll begin this fall foliage series next week.

Interspersed with that new series will also be some gun reviews and articles, as I’ve been neglecting my fellow firearms enthusiasts for some time now. So, if you tune in to my blog for those articles, be patient. In upcoming articles we’ll be looking at a pre-war Smith & Wesson K-22 Outdoorsman; a trio of Russian Mosin-Nagants, including a pristine M44 carbine version from 1945; and perhaps I’ll finally get around to range testing that almost mint W+F Bern K31.

Please stop by on this week’s Fun Photo Friday for one last series of St. John’s-area favorites and a conclusion to our twin Baltic-Transatlantic Adventures. Until then I shall leave you with these final two images: 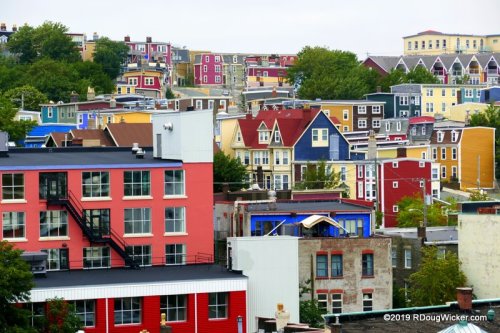 Comments Off on Transatlantic — Last Look Newfoundland and End of Voyage 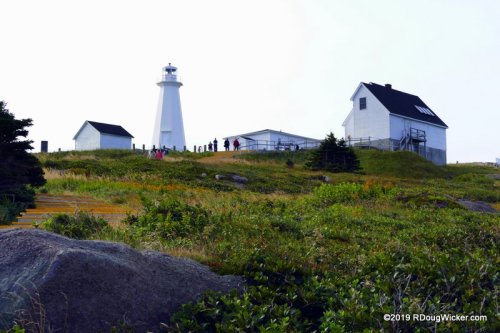 Our van tour may seem a little redundant, as we returned to Cape Spear later that afternoon on our way back to St. John. But the advantage to making the same stop at different times is different lights and shadows. You’ll see more of what I mean on Wednesday with additional photos of the Old Lighthouse at Cape Spear, but until then the photo above is of the New Lighthouse there. Below are views of St. John’s taken from a distance: 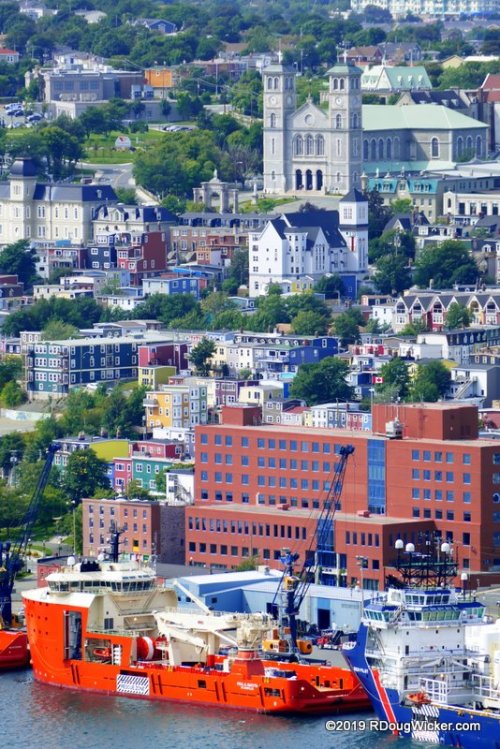 Basilica of St. John the Baptist

St. John’s from a distance

One of our afternoon stops was in an absolutely charming and colorful fishing community on the outskirts of St. John’s known as Quidi Vidi, pronounced by locals as ‘Kiddy Viddy’: 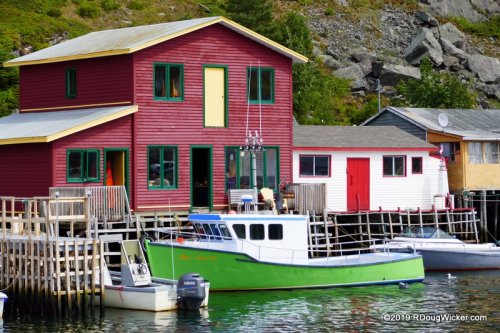 A popular dog breed in Newfoundland, as you may have guessed by now, is the Newfoundland, or ‘Newfie’ as it is sometimes called. These guys are simply massive, but every one we encountered seemed incredibly fond of people and wanting of attention:

Heading back into St. John’s we made a stop on colorful Water Street for some picture taking opportunities: 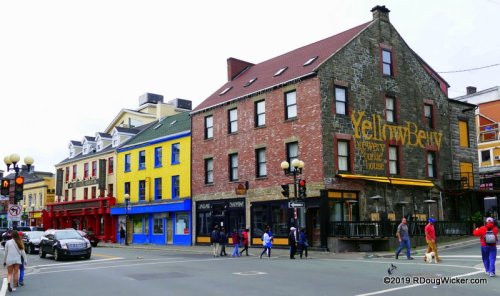 But the highlight of the afternoon was, in my view, Quidi Vidi with a dramatic stone cliff backdrop:

Comments Off on Transatlantic — Quidi Vidi, Water Street, and around