The Norwegian Sun in Juneau 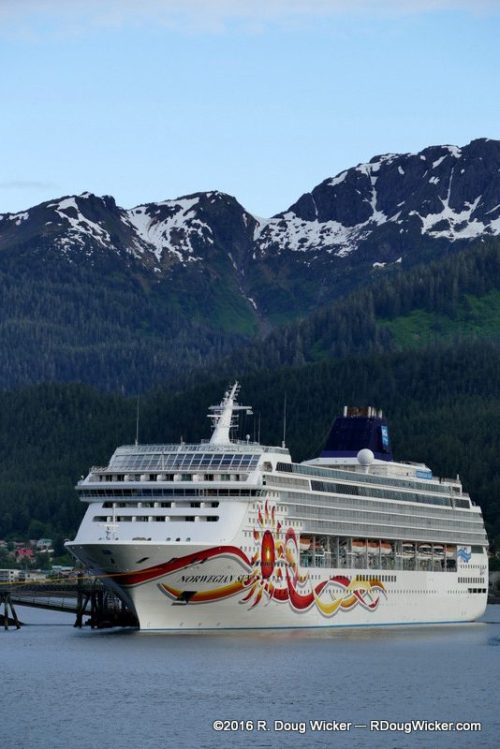 No Fun Photo Friday this week.  We’re going to instead continue with our recent Alaska adventure with Al and Lisa Fittipaldi.  I’ve shown you a little of Juneau before, so today I’ll concentrate more on images of the town, give you a jewelry store to hit for some good deals, and even do a little restaurant review. 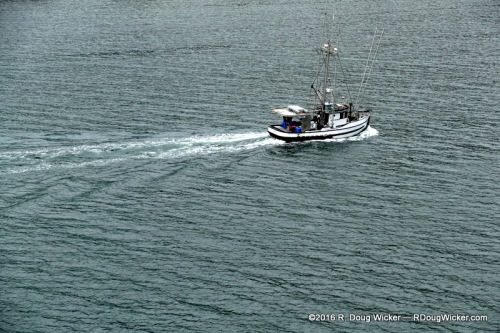 Of course, Juneau is the capital of Alaska.  Indeed, here’s the entrance through which Sarah Palin used to enter before she got bored with the job:

The city streets of Juneau have much to offer the photographer in the way of quaint, frontier-style architecture, but not in my view as much as either Ketchikan or Skagway.  Here’s a little gallery of what I mean:

Did you see the bear above?  Here’s Ursula posing with her namesake:

Ursula posing with an Ursa (Latin for “Bear”)

A little shopping tip:  Diamonds International and its spinoff Tanzanite International are in cruise destinations throughout the major routes — the Caribbean, the Mexican Riviera, and even up here in Alaska.  They like to advertise the fact that they’re a direct dealer with De Beers, and this cuts out a lot of the middlemen.  You would think that means that their prices are less than others.  Just the opposite.  I’ve found that you can get comparable jewelry at greatly reduced prices with chains such as Milano, for one, and you can do even better if you hit the local shops as long as you know you can trust the merchandise.  That means I’d be a bit wary in, say, Puerto Vallarta, but up here in Alaska you can find some pretty good shops.  Here in Juneau we’ve done well over the years with Samuel Sengul, owner of Jewelers International at 265 S. Franklin Street.  Indeed, he goes by the trade name “Goldfinger” during the off season when he once again operates out of the Los Angeles area, and we felt so comfortable dealing with him that we’ve in the past sent him some a rather nice Tanzanite for placement into a setting. 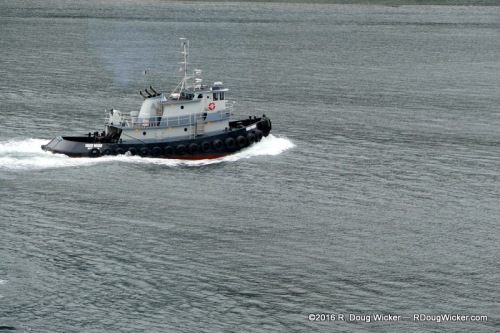 Now for that promised restaurant review:  We don’t normally eat while in port because meals are included aboard ship.  But when we stumbled across this place we couldn’t resist the somewhat pricey but delicious temptation.  It’s called Tracy’s King Crab Shack, and it offers outdoor dining with a great view of Juneau and the narrow body of water separating Juneau from West Juneau on nearby Douglas Island. 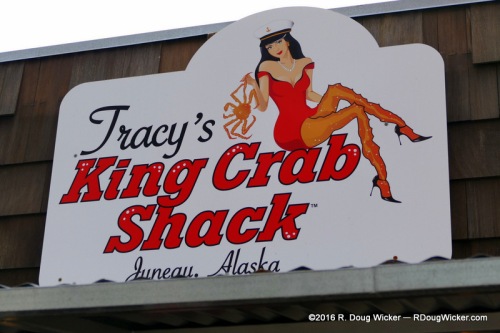 When you walk into the entrance it appears that you’re in a retail store selling Tracy’s King Crab Shack merchandise.  Don’t stop.  Keep walking toward the back and exit the building.  Here’s what you’ll find:

That stand depicted above is where they prepare your order, an order you place in a separate booth with people lined up waiting to place their order.  There’s yet another booth for beer and wine, for which you pay separately from your food order.

After placing your food order and getting some drinks it’s time to walk past the crab shack and head into the tent to await your food.

And what did we order?  King crab legs, of course.  A bucket full, accompanied by a rather tasty coleslaw and some dinner rolls.  Oh, and butter.  Melted butter.  Lots of melted butter.  With fresh lime:

A bucket of crabs

That’s somewhat over three pounds of crab you’re looking at above.  Each leg comes scored by a very sharp knife for easy access to the meat.  The legs come hot and perfectly steamed, certainly not overdone.  The legs are Alaska (Bearing Strait) harvested, but they are flash frozen rather than fresh.  Nevertheless, you’ll think they’re fresh from the taste.  Normally a bucket, which is enough for two to share, is priced at $119.95, but on this day they were having a special.  The bucket only cost us $99.95.  Pricey, but we thought it was worth it.  We’d do it again, that’s for certain.  The beer selection is adequate, and I rather enjoyed the Alaskan Amber Ale, which was a perfect accompaniment to the crab legs.

Next stop:  Skagway, and another shopping tip.