Circumnavigating Australia — Out and About in Sydney 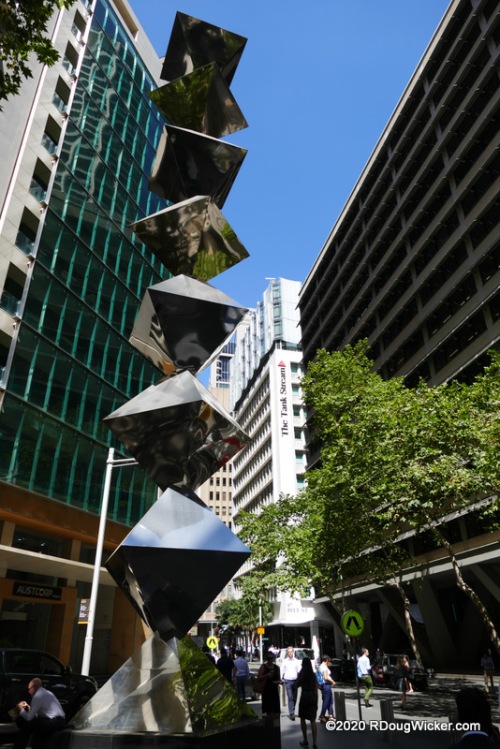 Sydney s a great walking town, and today we’re going to head out from the Central Business District, over to Circular Quay, stroll along the Sydney Writers Walk, pass through The Rocks, and the head on foot over toward Darling Harbour.

Heading north from CBD you’ll eventually make it to Circular Quay, which is the location of the Sydney Opera House featured in Monday’s article. 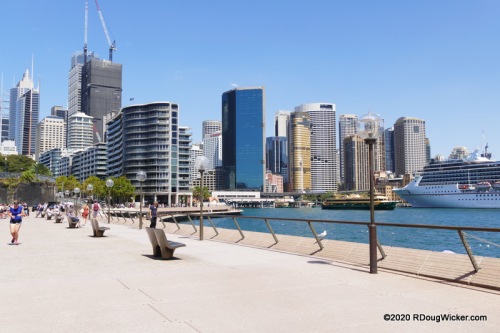 Along the southern edge of Circular Quay you’ll find embedded into the walkway some sixty circular brass plaques. This is the Sydney Writers Walk dedicated to famous authors. One such author is someone I met on a cruise to Alaska back in 1988, a real gentleman who was a real inspiration me.

Now let’s stroll over to the west edge of Circular Quay and head north to Campbells’ Cove, which affords great views of both the Opera House and the Coathanger (shown Monday):

Campbell’s Cove is also the gateway into a famous area of Sydney known as The Rocks, which is also home to The Coathanger. In the rocks start heading west toward Darling Harbour. Here you’ll find an older residential area:

On the walk toward Darling Harbour

While Circular Quay may be the more famous waterfront area of Sydney, don’t overlook a trip to Darling Harbour. There’s a lot to take in here, as well.

One such attraction is the Australian National Maritime Museum, which will give you some photographic opportunities even if you don’t go inside:

And when you get tired of walking, hit the Hop-on/Hop-off for some fun shots as you pass through the city:

Comments Off on Circumnavigating Australia — Out and About in Sydney