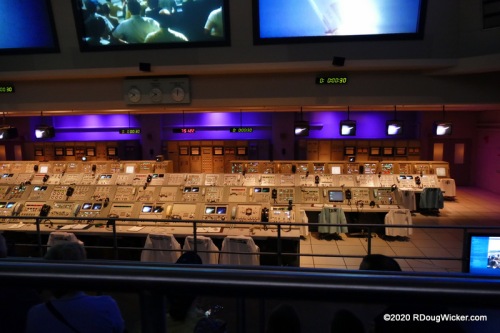 While our journey aboard the Royal Caribbean ship Adventure of the Seas may have started off in Quebec as a fall foliage cruise, it was never meant to remain so. This was also a repositioning cruise, as Adventure of the Seas need to get to its winter season port of Port Everglades in Fort Lauderdale, Florida. So, after a couple of days at the bridge table, we arrived at Port Canaveral, Florida. Ursula already had our excursion planned out for this stop — Kennedy Space Center Visitor Complex.

This was a particularly emotional visit for me. As a child, I can recall watching in the school auditorium on a black & white television several of the manned space launches of the early 1960s. On May 5, 1961 I watched Alan Shepard become the first American in space inside a cramped Mercury space capsule for a suborbital flight atop a Redstone rocket for the Freedom 7 mission. 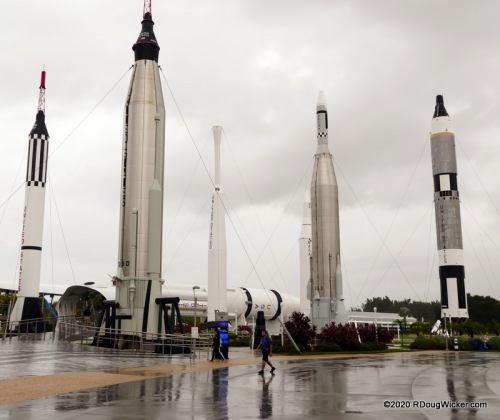 Nine months later, on February 20, 1962, John Glenn became the first American to orbit the earth in his Mercury “Friendship 7” capsule blasted into space atop an Atlas rocket. We held our collective breaths in the auditorium waiting to hear from Astronaut Glenn that he was all right after Mission Control announced that his capsule possibly had a loose heat shield.

And then, following Mercury came  Project Gemini, which sent two-man crews into space aboard the Gemini capsules, lifted into orbit by the much more powerful Titan II rocket. To me, Gemini was the most beautiful capsule design of the era, far surpassing either Mercury or Apollo. In comparison, it was like a sleek two-seat sports car next to the stodgy Mercury college student econobox or the misproportioned Apollo Command Module family station wagon.

Interior of an Apollo capsule

But nothing captured the imagination of the era quite like the Apollo Program.  Over fifty years later, and only now are we finally getting around to building a rocket that’s almost, but not quite, as powerful as the incredible three-stage Saturn V. When fully assembled with the Apollo LES (Launch Escape System), Apollo CSM (Command and Service Module), and LEM (Lunar Excursion Module), this giant stood 363 feet/111 meters.

Powering the first stage of the Saturn V were five revolutionary Rocketdyne F-1 engines, which together generated 7,891,000 lbf/35,100 kilonewtons of force. To this day, the F-1 remains the most powerful single combustion chamber liquid-propellant rocket engine ever produced.

In this mock-up, which is in the Race to the Moon: Apollo/Saturn V Center, overhead monitors play recorded scenes from the launch of Apollo 8 — the first manned spacecraft to leave low Earth orbit and head toward the Moon.

Off to the side I got a glimpse of the STDN (Spacecraft Tracking and Data Acquisition Network)  status panel, which would display what stations were receiving current data from an Apollo mission. 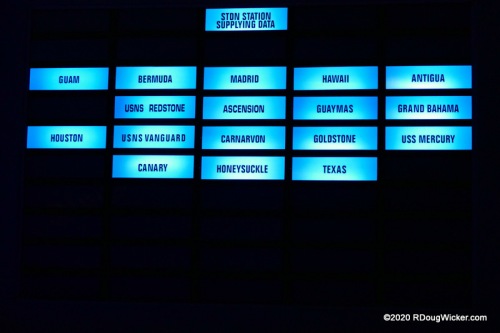 Inside the Race to the Moon you’ll also find several more displays, including a full-size diorama of a lunar landing site, complete with LEM (Lunar Excursion Module) and suited astronauts: