It was still fairly early in the morning when our Go Fundy Tours guide Diane Howarth took us to Quaco Head Light, about half way up the Bay of Fundy. Here we got our first glimpse of a local lighthouse:

This area was just beginning its change into fall colors: 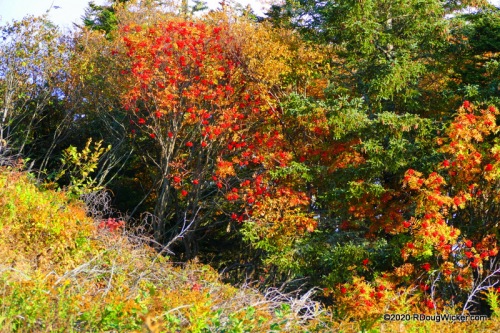 It was here that we got another dramatic demonstration of the wild swings in water levels between high and low tides. This morning I took this shot of a small island just offshore:

Some five hours later we returned to this site, and I took another image of the same island: 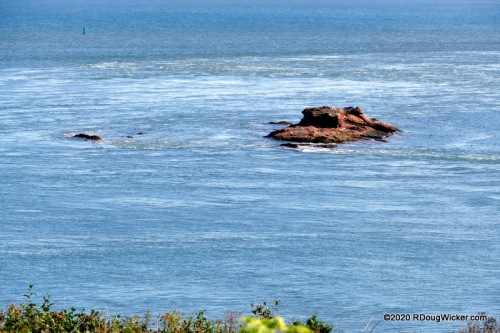 From this vantage point you can see the Bay of Fundy looking southwest:

And to the north towards the cliffs containing the Saint Martins Sea Caves (more on those in upcoming articles): 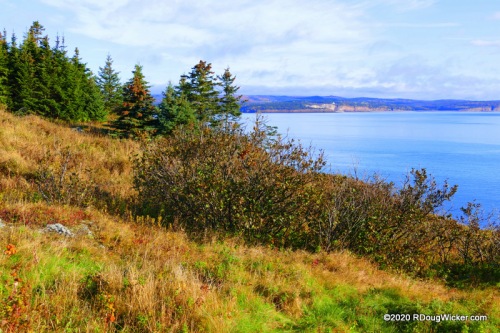 Bay of Fundy from Quaco Head

Let’s take in a couple of quick vies of some of the area vegetation before we take a last, dramatic look at the Quaco Head Light:

And a last look back at this fine lighthouse: 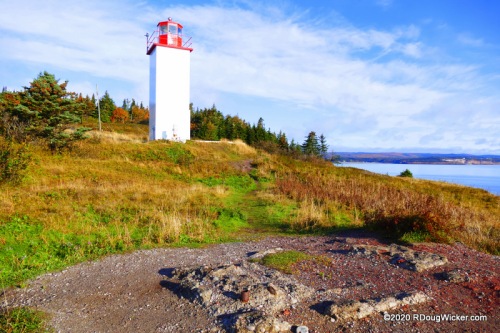