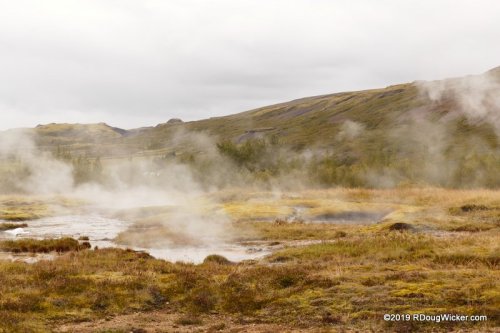 As we tour the Geysir Hot Spring Area, let’s take a look at an interesting statue. The figure doing all the heavy lifting in this piece represents Sigurður Greipsson, who was Iceland Glíma Champion five years running, from 1922 until 1926. He retired undefeated in 1927. So, what is Glíma? It’s a form of Nordic folk wrestling, in this case a variant known as “trouser grip” wrestling in which the opposing wrestlers must remain standing at all times, and can only move around each other in a clockwise direction. Adding to the degree of difficulty, the wrestlers should avoid looking directly at their opponent, but rather over the opponent’s shoulder as much as possible.

This next photograph depicts one of the many boiling hot springs at this site:

Remember that on Friday I’ll be presenting a video of an actual eruption of Strokkur Geysir, as well as Gullfoss Falls. In the meantime I’ll leave you with this series of four Strokkur images taken at one-second intervals as it subsides from a previous eruption: 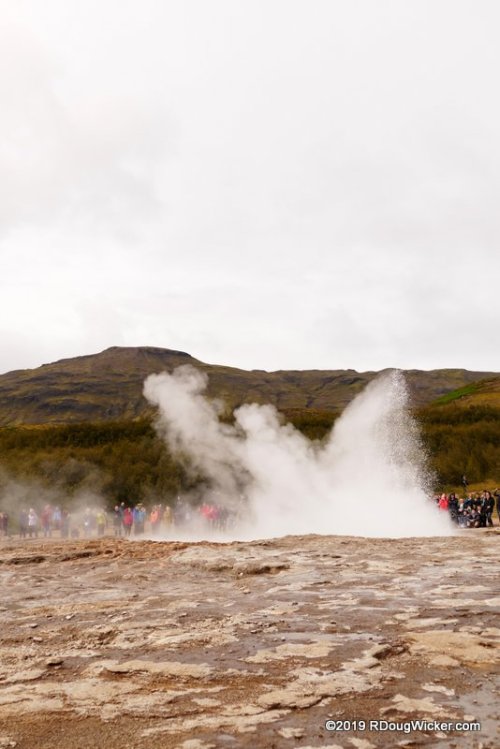 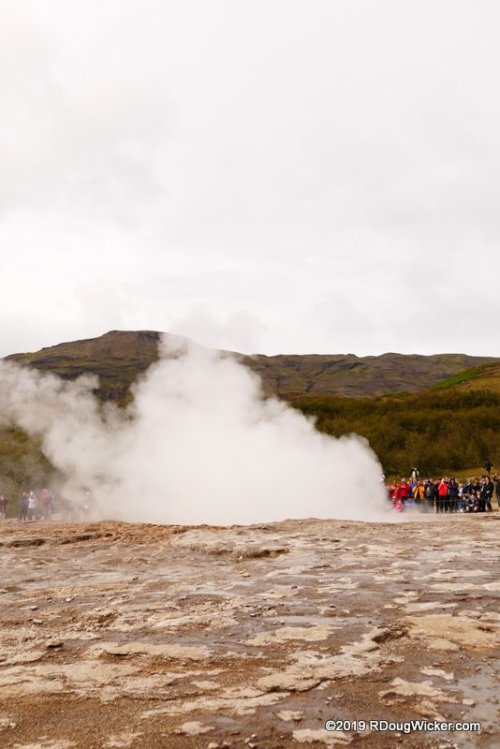