After three days in Madrid, Dolores and Earl Daniels with Ursula and I took the Alta Velocidad Española (AVE) high-speed train to Barcelona. Along the way we frequently hit speeds in excess of 300 kph/186 mph. Impressive. At these speed it takes only 2 ½ hours to cover the 621 kilometers/386 miles. Very impressive. The next morning we headed out to the port to catch our transatlantic ride — the massive Norwegian Epic, which when built was the third largest cruise ship ever.

The Epic displaces up to 155,873 tons, measures 1,081 feet/329 meters in length, has 1,724 crew, and houses 4,100 passengers (double occupancy). Aboard ship are countless lounges, restaurants, shopping venues, a casino, a comedy club, an entertainment theater, a fitness/well-being center, and a huge multi-story LED chandelier. 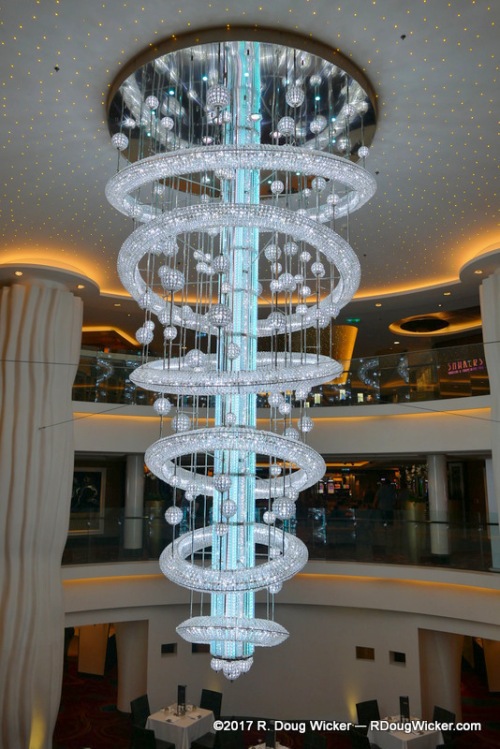 But the one venue that kept drawing us back was the recreation of the Beatles-era Cavern Club and the almost nightly Beatles tribute band that played there. If you closed your eyes and just listened, you’d swear you were listening to the real thing. These musicians were that good, and especially note worthy this voyage as the John Lennon impersonator. 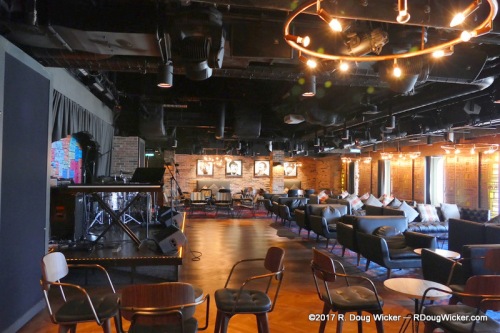 Recreation of the Beatles-era Cavern Club

Below are some more photos of Norwegian Epic venues. Click on any image to enlarge and to activate a slide presentation: 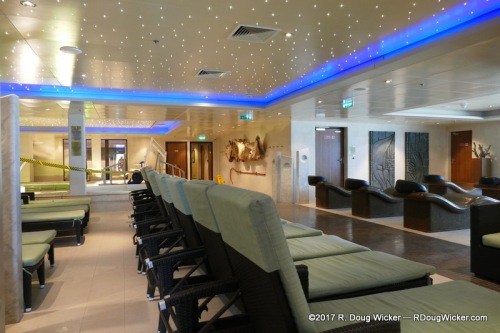 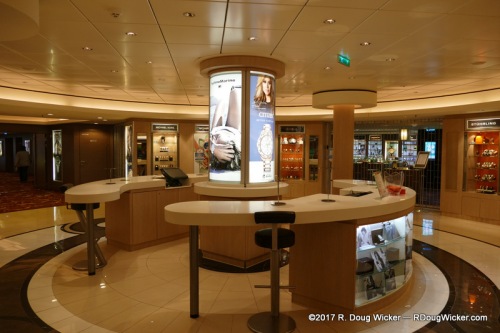 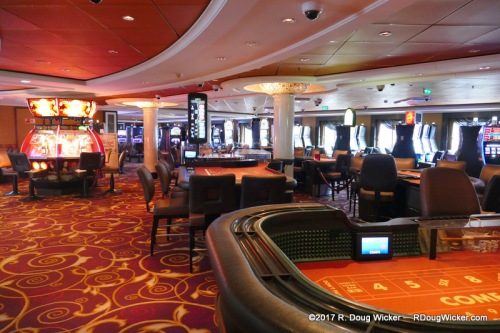 2 responses to “Touring the Norwegian Epic”