Victoria’s Empress Dock is along Government Street, and it’s from here that you may catch the Victoria Ferry tour of the Juan de Fuca Strait.  It’s also from the Empress Dock that you’ll get some really great shots of the British Columbia Legislative Parliament.

I absolutely love photographing this impressive late 19th Century structure.  Construction started in 1893 and was completed four years later.  Here is a close-up view of the main dome: 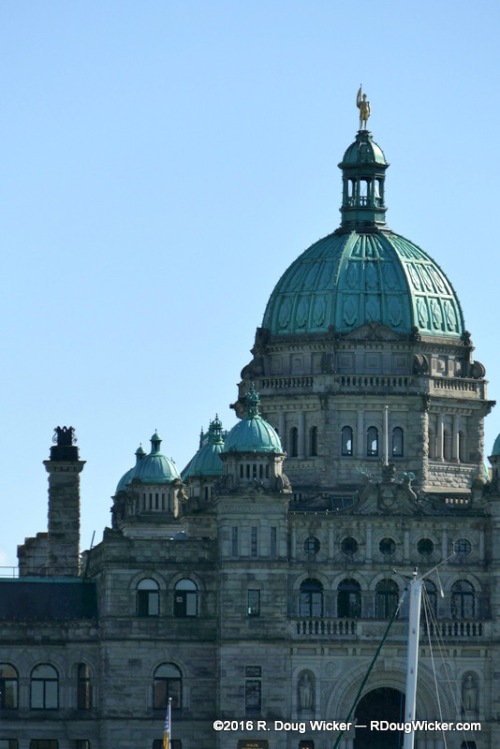 Your ferry tour will take you north, deep into Victoria’s upper harbor.  Along the way you’ll find views of the Cascade Mountains on the mainland and some fun buildings:

Looking beyond to the Cascade Mountains

The ferry passes beneath the very picturesque Selkirk Trestle on the charmingly named Galloping Goose Trail:

It’s in the upper harbor that you’ll find some really interesting homes.  Here are some photos of these residential areas: 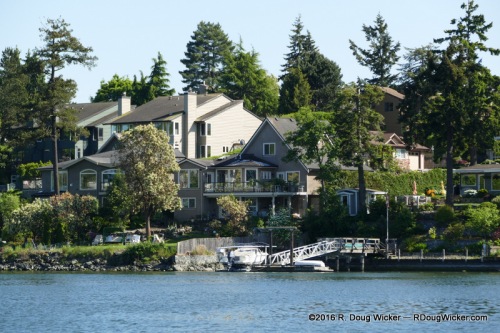 Homes along the Strait 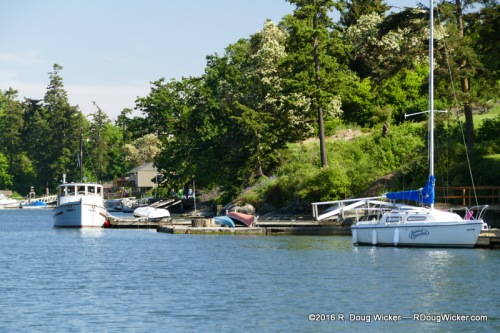 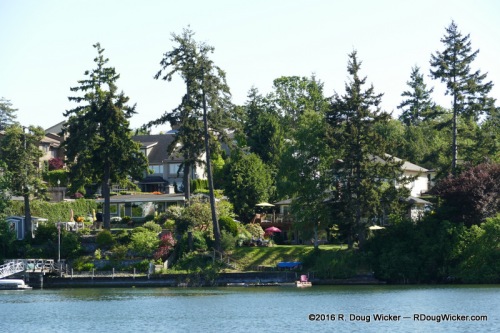 Comments Off on Victoria— Continuing on the Juan de Fuca Strait