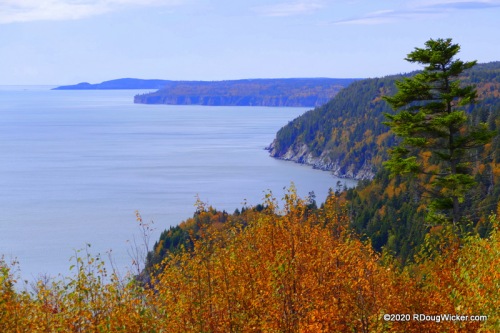 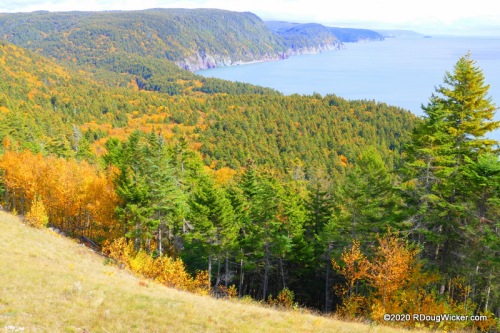 But before we get into the forest, another quick word about this exceptional tour company and our equally exceptional tour guide. Go Fundy Tours has as of this writing 242 English reviews on Trip Advisor, of which an astounding 238 reviewers give Go Fundy Tours a rating of ‘Exceptional’, and three more cited them as ‘Very Good’. That enthusiastic 99.6% approval is quite simply incredible, but being with Diane Howarth all day leaves no doubt that this company earned every one of those ratings. 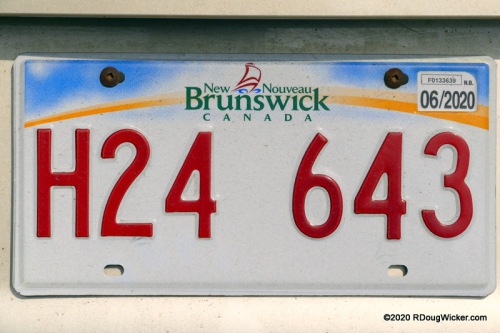 Now let’s experience the scenery within the Fundy National Park and along the Fundy Trail Parkway before we return farther below to St. Martins to compare previous low tide scenes to the high tide later that day: 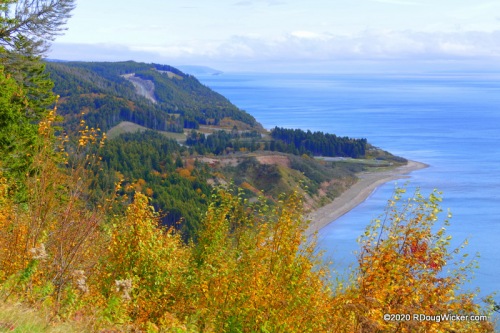 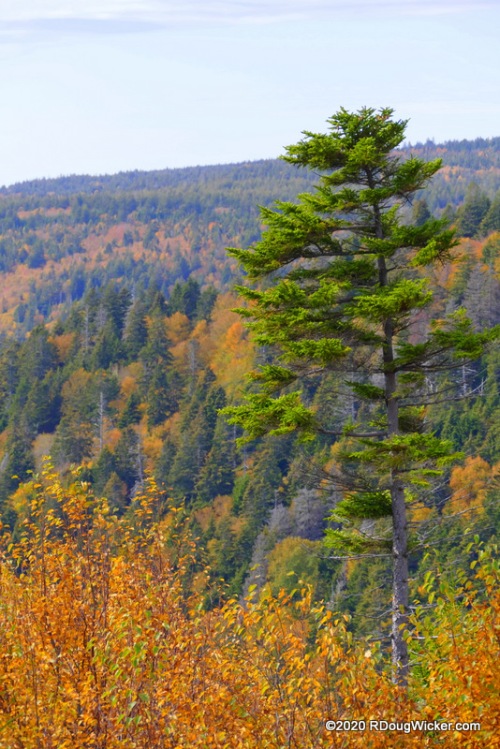 Now back to the fishing village of St. Martins, which I showed you last week during that day’s low tide. You’ll recall that the fishing fleet was beached that morning, which gave us this scene: 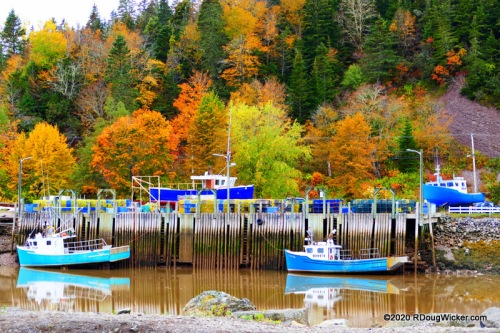 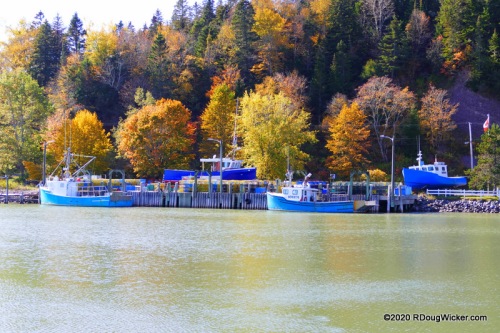 Another look at high tide in St. Martins, this time near the Vaughn Street covered bridge: 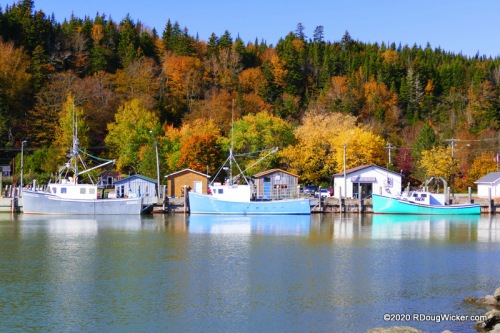 This image is of those same boats earlier that morning:

Reflecting on the Fleet

Next week we head back to Quaco Head Light to look at the same subject during the light afforded at different times of the day, then take in the St. Martins Sea Caves for both low and high tide views before heading off to lunch. This week’s Fun Photo Friday will have some waiting for you, as well. Until then, one last glimpse at Fundy National Park: 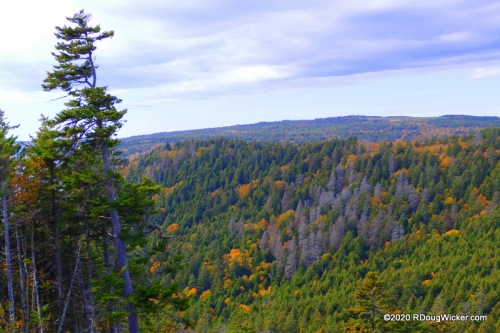 Specks of fall among the green 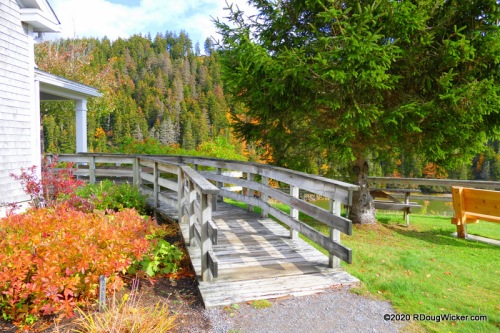 A short time after Fuller Falls we arrived with tour guide Diane Howarth at the Big Salmon River Interpretive Centre along the Fundy Trail Parkway. The Fundy Trail Parkway takes you into the Fundy National Park, and the Big Salmon River once served as a major logging center. The Interpretive Centre acts as a museum to this local logging industry, and the building is a reproduction of the loggers’ bunkhouse that once stood on this site. The views here are quite extraordinary: 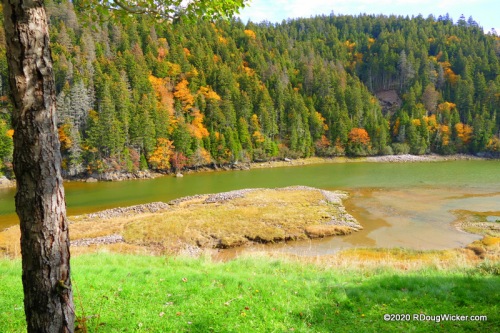 The Big Salmon River flows directly into the Bay of Fundy: 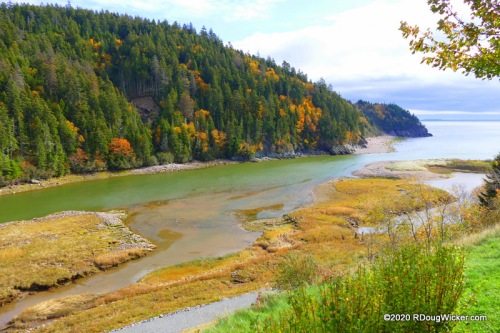 Looking the other way you peer into the lumber-rich forest that was the lifeblood of this industry for so long: 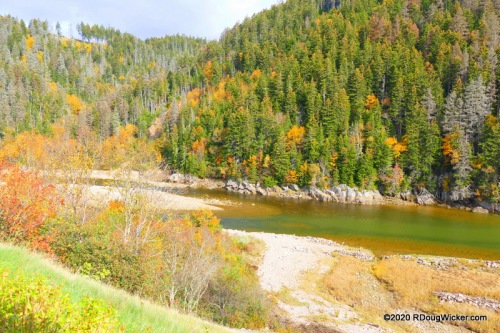 Just below the center you’ll see beautifully green moss-covered logs among the rocks: 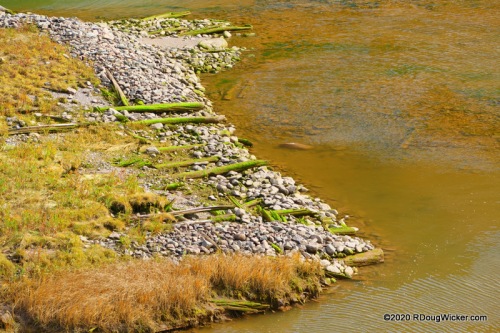 The Fundy Trail Parkway is relatively new, having been opened to the public in 1998. From the parkway you’ll find some great fall foliage views of the surrounding forest: 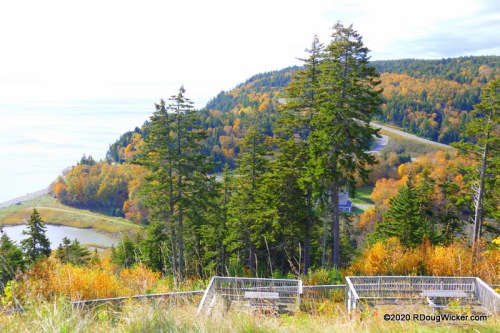 Not to mention the Bay of Fundy: 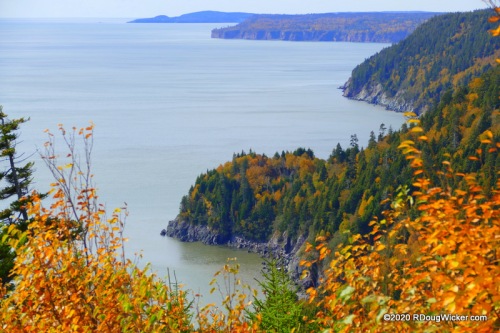 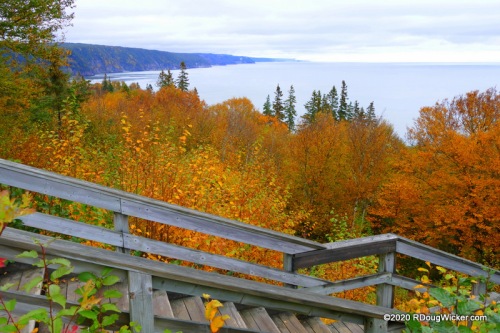 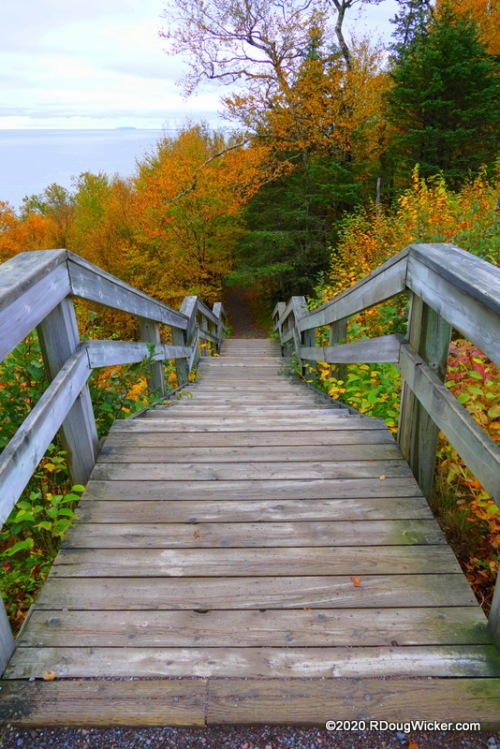 Here we broke for some Tim Horton coffee and muffins while taking in the surrounding beauty: 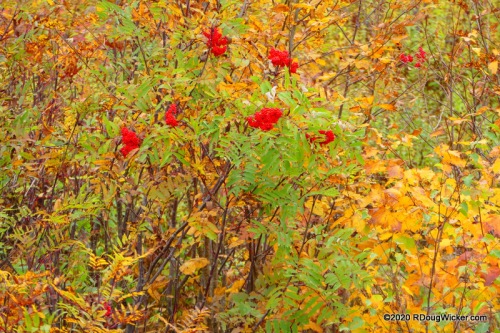 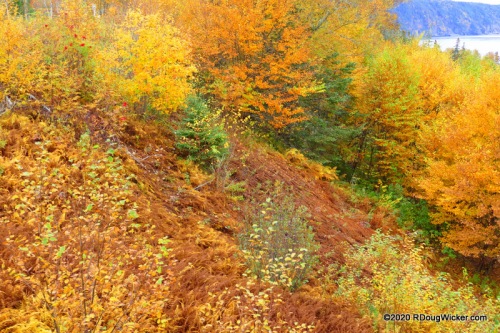 We then continued on to our next destination: 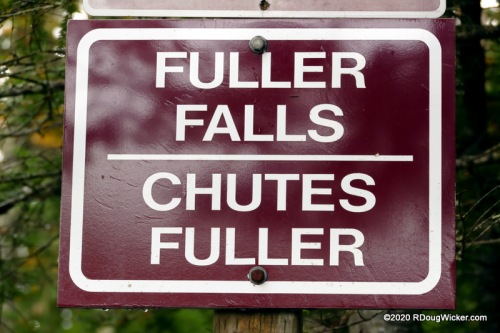 A short hike later we were upon the Fuller Falls: 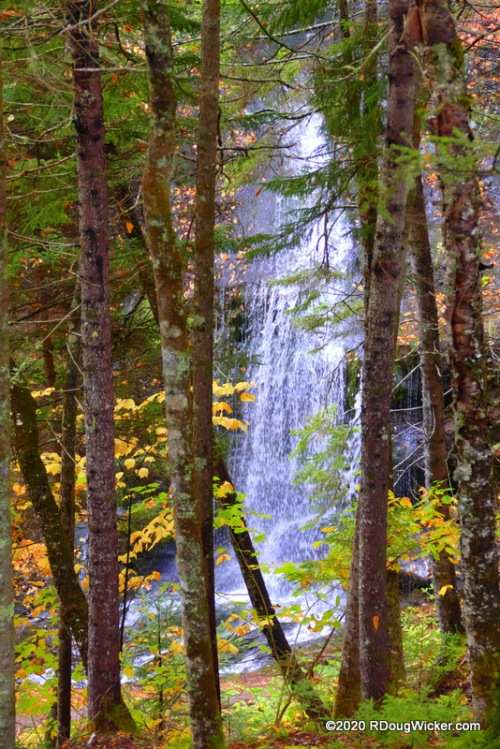 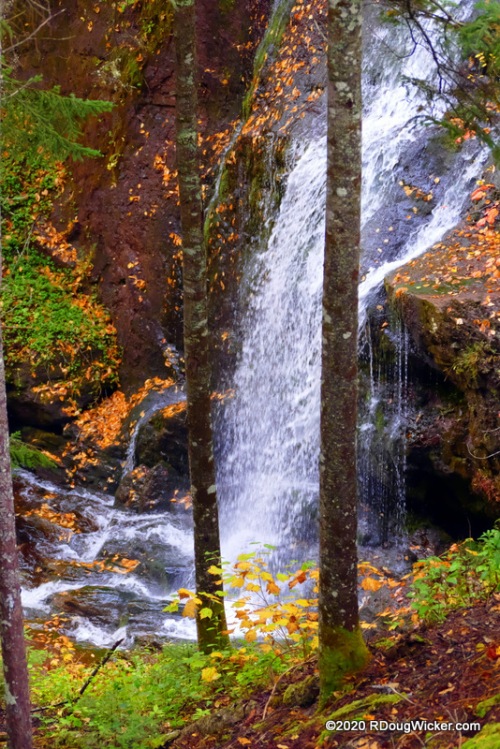 After this week’s Fun Photo Friday, beginning next Monday, we’ll head continue on the Fundy Trail Parkway into the Fundy National Park. Until then, one more fall foliage photo: 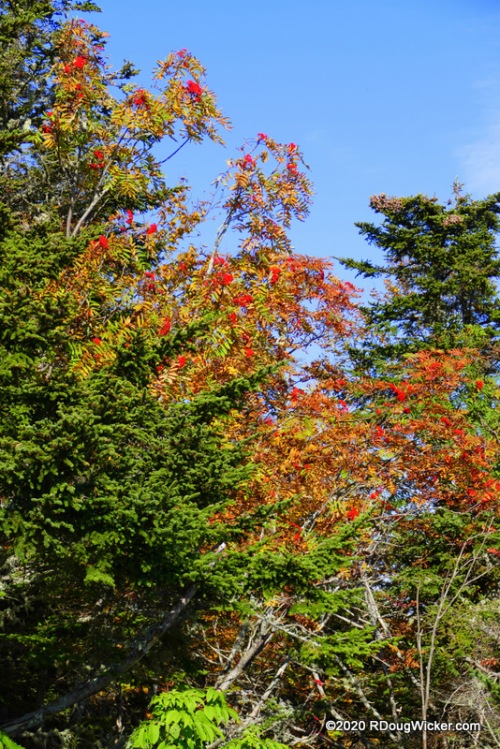