As we head into our darkest Covid-19 pandemic days to date, it becomes increasingly important to look beyond quacks possessing medical degrees offering up placebo solutions that wind up causing even more illness, misery, death, and, as a direct result, prolonging the resulting economic chaos. So much for that Hippocratic Oath stuff. And I’m referring specifically now to two quacks in particular — neuroradiologist Dr. Scott Atlas and ophthalmologist Senator Rand Paul, neither of whom possesses a single, solitary credential between them giving either even an ounce of credibility in responding to infectious diseases.

Do not allow demonstrable ignorance masquerading as experts possessing medical degrees to get you or a loved one killed. Listen instead to people who are qualified in the field of infectious diseases rather than self-proclaimed experts whose medical qualifications extend solely to neuroradiology and ophthalmology.

Case in point: Sweden and the Great Herd Immunity Experiment.

Sweden’s national policy since early spring was to develop herd immunity by allowing rapid, unchecked spread, even if that meant sacrificing the elderly and the vulnerable. If herd immunity would succeed anywhere, Sweden was the real-world laboratory offering up the proof-of-concept.

Alas, Sweden’s experiment failed. It failed miserably. It is, in fact, getting even more people infected during this second devastating infection wave, resulting in even more unnecessary illness, long-term disability, misery, death, and mourning.

Please read . . . and I mean read carefully . . . the article in the link below. Then take the appropriate actions necessary to protect yourself and your loved ones until a vaccine becomes universally available. Because neither of these two quacks — nor the people at the national, state, and local levels taking their “expert” advice — is going to do it for you.

Comments Off on The Swedish Coronavirus Experiment has failed . . . miserably 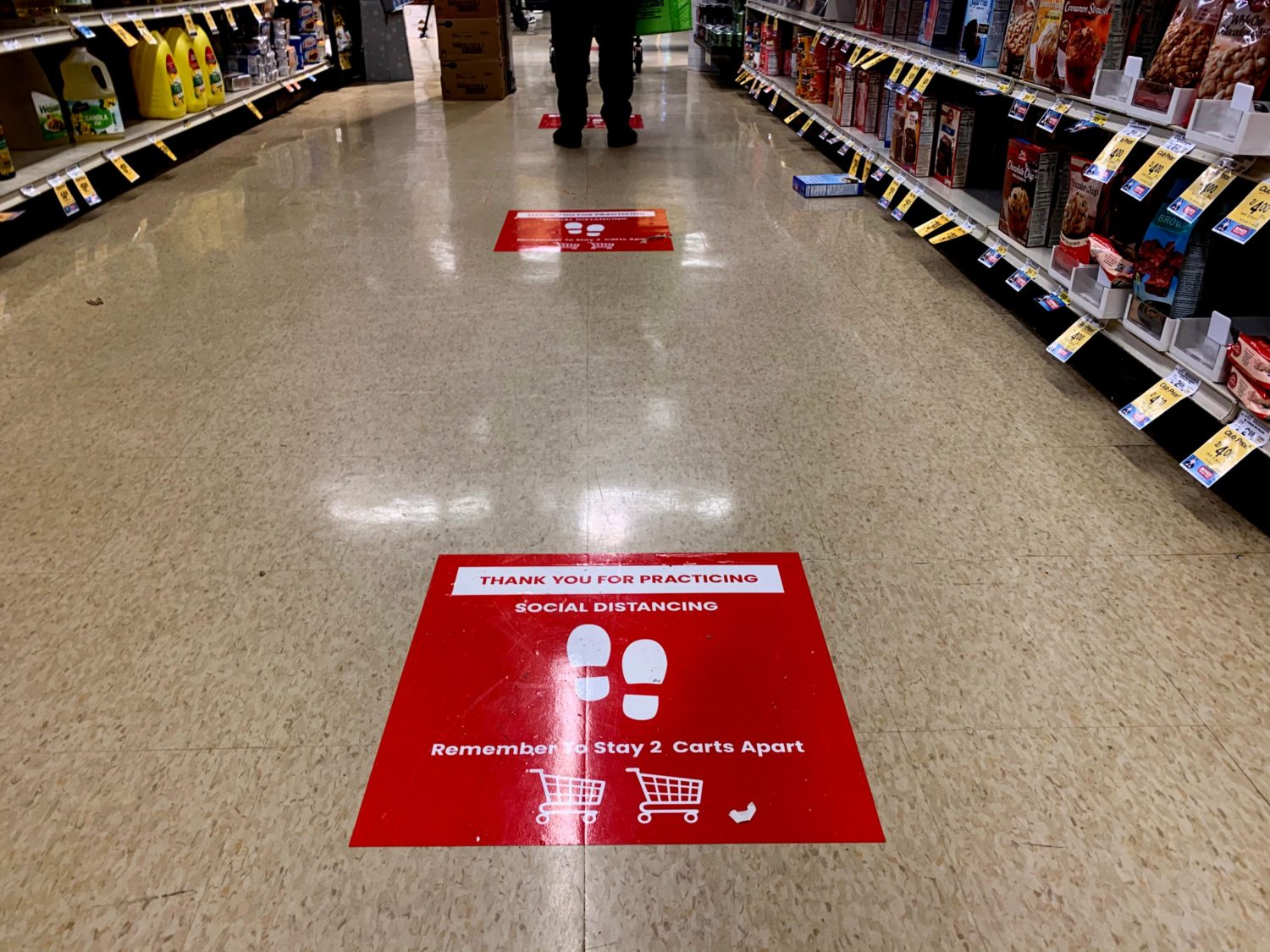 We have in this country a sizable population who choose willful ignorance over science and medical expertise. You know the ones. They’re your Uncle Jack, who gets his “news” from the likes of Sean Hannity, Fox “News”, OANN, Breitbart, and the like. Uncle Jack thinks he knows more than people with medical degrees and experts in epidemiology. Uncle Jack is that guy who posted to your Facebook timeline a link to Plandemic, a thoroughly discredited anti-vaxxer conspiracy “documentary” starring an equally thoroughly discredited Judy Mikovits. Because of all these “news” sources, Uncle Jack believes his rights are being violated by social distancing and mask requirements.

Alas, Uncle Jack is so historically illiterate that he doesn’t know that he’s on the losing end of this argument. Uncle Jack has never heard of Mary Mallon, who in an earlier time refused to quit infecting people with deadly typhoid fever because her “right” to work in kitchens was being violated. “Typhoid Mary” wound up dying in quarantine as a result. That quarantine was her second, and she spent the last 23 years of her life locked away on a small island in New York City’s East River.

So, no, Uncle Jack, you do not have a Constitutional right to endanger people with your willful ignorance and stupidity. That was established back around the turn of the last century.

But what are we to do with the Uncle Jacks among us today? Those who feel their right to cough directly onto you in the bread aisle far outweighs your right to live, or not be permanently disabled with complications such as decreased lung capacity, kidney failure, liver damage, and heart disease as a result of barely surviving COVID-19?

Well, there is a simple solution to that. We already have “Senior Hours” at the local grocery store, and national chains such as Costco now require masks, even though some employees are being executed for enforcing that restriction. Still others are being gunned down because the Uncle Jacks of the world must use carry-out via the drive-through window rather than have a sit-down Big Mac and fries in the dining area at the local McDonald’s. But I digress. We’re here for solutions, not headlines. And here it is:

Welcome to “Willful Ignorance and Stupidity Hours” at the local Walmart. Just as seniors can have the grocery store to themselves in the early morning hours, let us consider turning over these same stores to these future Darwin Awards nominees in late evenings. Let these self-absorbed “Constitutional rights experts” who never heard of Mary Mallon use the same stores, say between 11:00 p.m. and midnight on Wednesdays. Let them run willy-nilly around the store coughing and sneezing upon one another without a multilayer cotton nose-and-mouth barrier, while standing eighteen inches apart and yucking it up among themselves about how they’re, “Owning the libtards,” or whatever.

Right about now you’re thinking, “But what about the employees though?”

We can fix that as well. Since employees would now be risking life and limb (or functioning internal organs, as it were), they would be volunteers. They would also receive hazardous duty incentive pay, which would be paid for by those who now have the “freedom” to run around the store contaminating one another during “Willful Ignorance and Stupidity Hours”. I’m thinking a 50%-to-100% upcharge added onto their individual bills. This upcharge would be distributed at the end of the shift among cashiers, stockers, and the cleaning crew now tasked with decontaminating the store before Senior Hours begin in the morning. Increase that upcharge to 200% and the store might even be able to cover the medical costs of any employees going into ICU.

I like to think of this as a win-win. The smart ones among us get to survive, and without long-term disabilities. The willfully ignorant Plandemic fans among us get to drain the shallow end of the gene pool, thus making the world a much better place for the rest of us.

“Those who do not learn history are doomed to screw this up for the rest of us.” 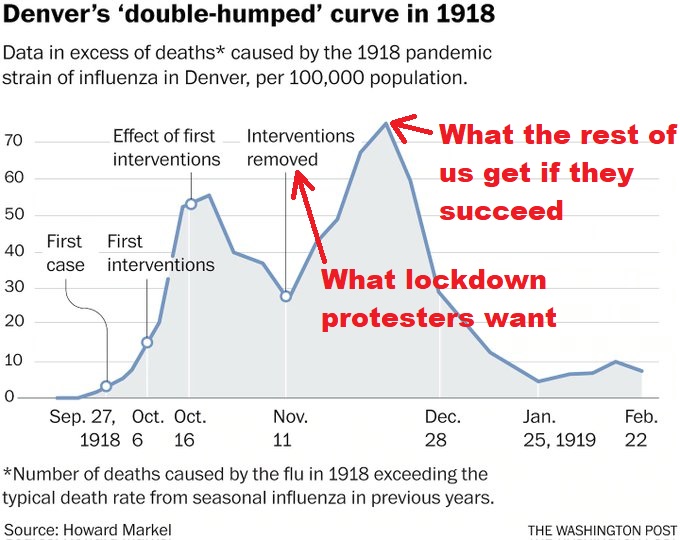