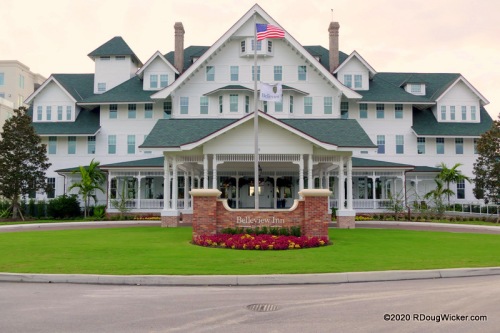 This brings to an end this trip, which started with a fall foliage cruise in Canada, took us to the Kennedy Space Center, and wound up here at the historic Belleview-Biltmore Hotel. I hope you enjoyed the journey. And here’s today’s Belleview favorites:

Look carefully and you’ll see me posing with Ursula

Belleview Inn Hallway — Less creepy than the halls in The Shining! 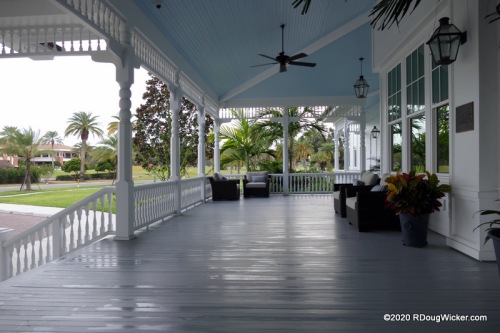 Today we’re going to browse around the Belleview-Biltmore Hotel and take in the grand interior. Let’s start with the lobby, and the spacious seating area adjacent to the registration desk: 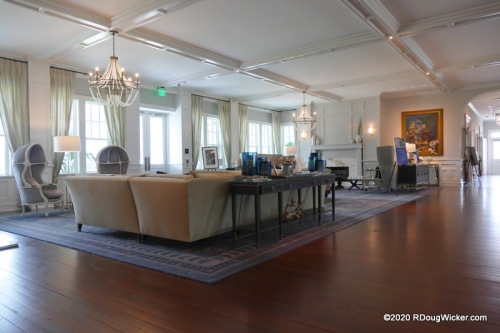 This cheerful area even comes with a cozy fireplace:

A short stint down the hall brings you to a wonderful, wood-laden study:

And in this study, opposite the area pictured above, is yet another cozy seating area with an inviting fireplace: 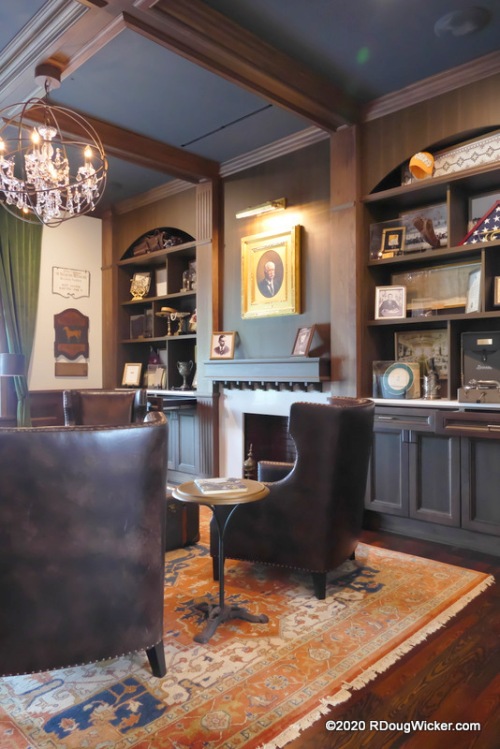 Back to the lobby for a look at the grand staircase and the piano:

That staircase takes us up to a rather unique look into the original framing used in this 120+ year-old structure. On the top floor, behind a plexiglass viewing window, you can see the structure beneath the walls:

See that bolt-and-nut hardware above? It’s larger than it looks in that picture, so let’s have Ursula place a hand into the frame for a size comparison: 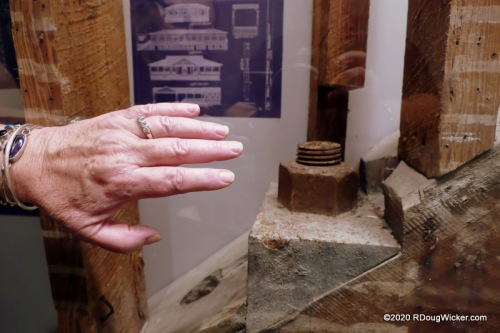 On this week’s Fun Photo Friday I’ll reveal my favorite shots of this property. Until then, let’s go outside and take a last look:

Comments Off on Post Cruise — Exploring the Historic Belleview Inn 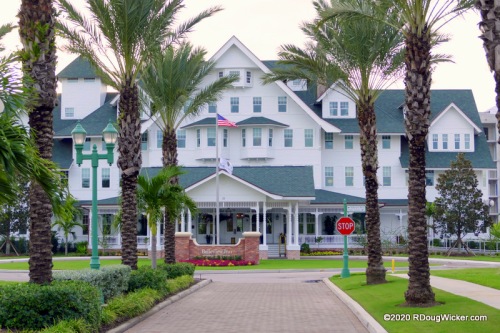 Before we made this trip, I recounted to Ursula an article I’d read about a recently moved and renovated grand hotel near Clearwater, Florida. A little research refreshed my memory, and we obtained off-season rates at a magnificent property on which we otherwise would have passed because of the expense. This is the Belleview-Biltmore Hotel, as it is called today, and it has quite a history.

This hotel dates back to 1897, and it was built by railroad tycoon Henry Plant. At its peak, the Belleview (see: Belleview-Biltmore website link) encompassed a phenomenal 400,000 square feet/37,160 square meters!

The Belleview was closed to the 2000s, however, and fell into disrepair. The cost of restoring the hurricane-damaged grande dame was prohibitive, and the ocean-side real estate upon which she sat was too valuable to leave idle.

Fortunately, the current owners saw something worth salvaging. Unfortunately, it would not be the entire massive hotel. So, most of the original 400,000 square-foot structure was demolished.

How the Belleview looked before 1920 — Christopher Still

And the small remaining portion was to be relocated 230 feet/70 meters. You can see that move in the time-lapsed video below:

The property surrounding the hotel has been transformed as well, including this impressive swimming pool: 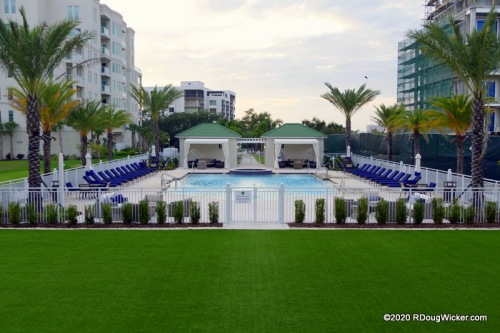 Inside are various artworks, including paintings commissioned from Christopher Still. In the painting below, titled Queen of the Gulf, every item depicted by Mr. Still is symbolic of the hotel or of past owners. This description of the work is from the Belleview-Biltmore website on the hotel’s artwork:

The end result is a depiction of two steamer trunks – like the ones visitors arriving via train to the hotel would have carried – that look as though the items are spilling out of them. While there are more than 50 artifacts featured (so many that a small guide had to be published to help viewers understand each reference), a few interesting ones to note: sheet music for The Belleview Waltz, which was composed in honor of the hotel opening in 1897; a double-stranded pearl necklace to symbolize those worn by Maisie Plant, the wife of Morton Plant; a circa-1920 golf ball from the hotel’s Donald Ross golf courses; and a Mumm champagne bottle, which was among the artifacts found in the basement of the hotel. 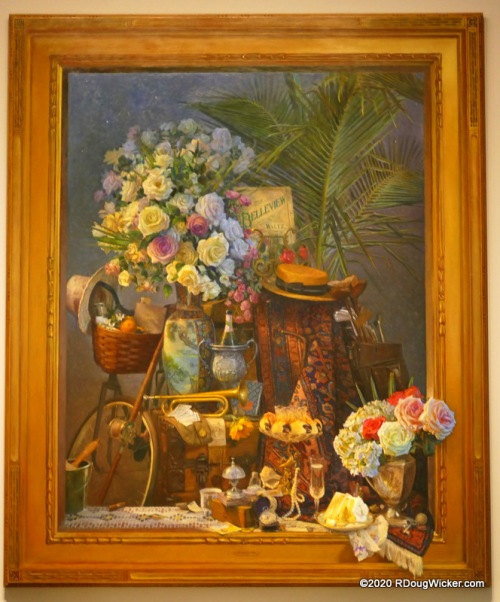 “Queen of the Gulf” by Christopher Still

This next piece of art is from another artist, and depicts the Belleview from when Henry Plant ran a railroad line past the front entrance:

The Belleview originally even had a railroad

We’ll return to the Belleview on Wednesday, but until then let’s take a look at that inviting front porch:

Comments Off on Post Cruise — Arriving at the Historic Belleview Inn