Lower Stuart Street in Dunedin ends at ANZAC Square. And across from ANZAC Square you’ll find an exquisite example of Neo-Renaissance architecture. This is the George Trope designed Dunedin Railway Station. George Trope became so associated with this work that he earned the nickname “Gingerbread George”, and for obvious reasons. 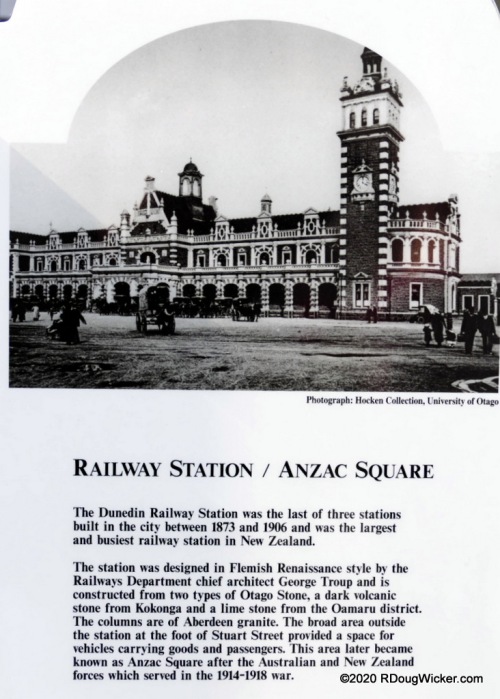 This is one impressive work of architecture, and the façade provides many details for the photographer, beginning with the clocktower on the station’s south side: 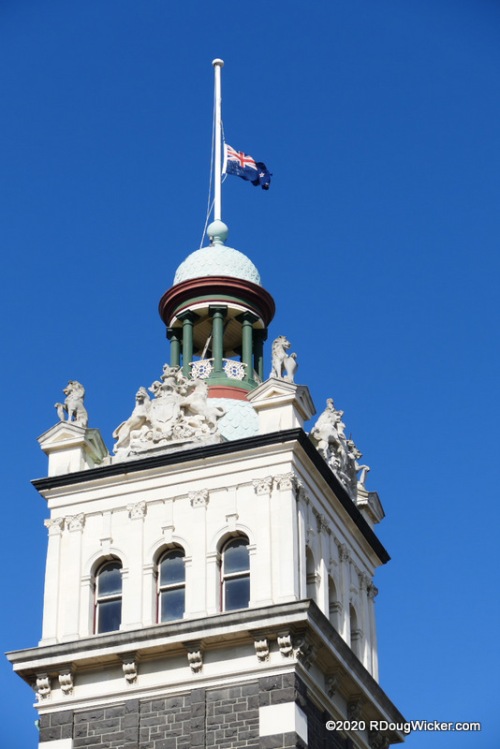 If you’re wondering why the flag is at half-mast, it’s because these photographs were taken two days after the horrific Christchurch mosque shootings perpetrated by a pathetic, cowardly Australian white supremacist on 15 March 2019. This tragic event cast a pall throughout our 2019 visit.

But, enough said about that despicable loser. Let’s focus today instead on the beautiful architectural details of the magnificent Dunedin Railway Station (on Wednesday we’ll head inside): 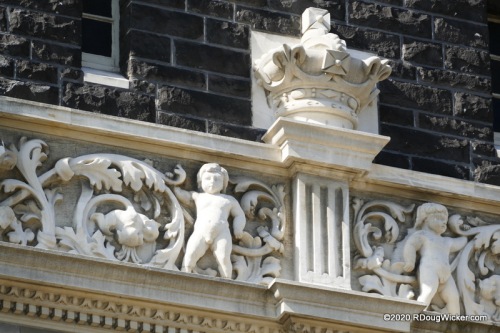 And I’ll leave you today with this last exterior shot of the station as seen from Castle Street looking across ANZAC Square: