On D-Day, June 6, 1944, the U.S. Army Ranger Assault Group landed at Pointe du Hoc. Their unenviable mission was to scale the 100-foot/30-meter cliffs and take out German 155mm gun emplacements that endangered the ships that would soon stream toward Omaha Beach directly east and Utah Beach to the west. It turned out to be a bloody exercise in futility, as those 155mm guns were not even there.

The Rangers were sitting ducks, and in the end only 90 survived out of the 225 men who landed there. 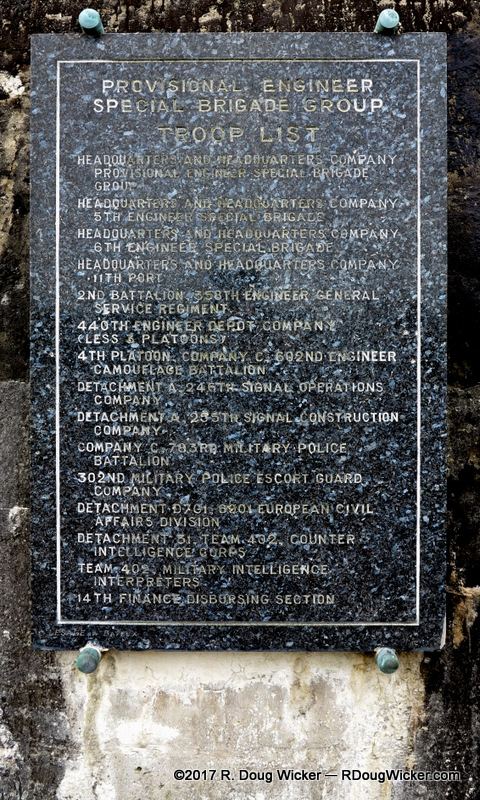 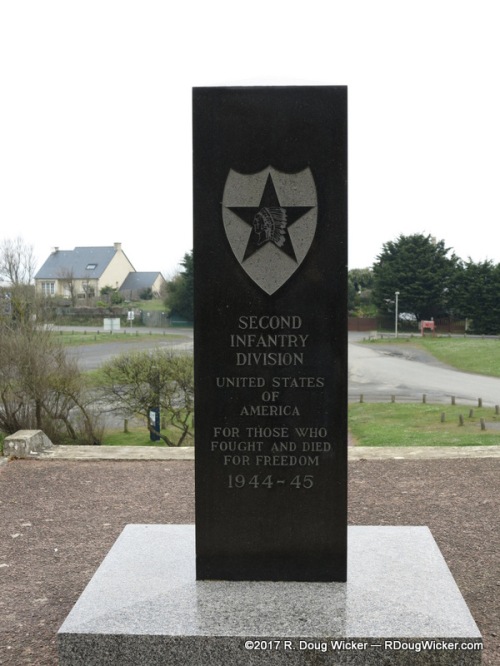 Memorial to the 2nd Infantry Division