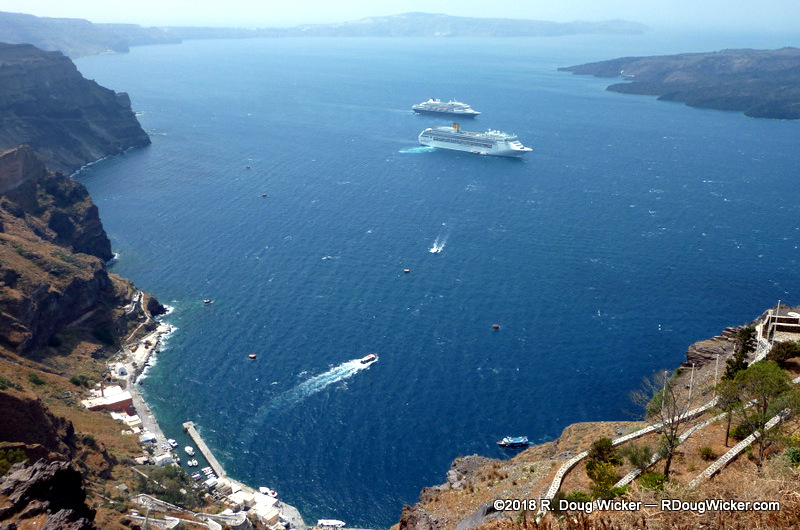 MS Prinsendam arrived off the coast of Santorini on April 27, having left Athens (port of Piraeus) the day before. This was our first trip to Santorini (also known as Thera; see: A Thera By Any Other Name Is Still a Santorini), so both Ursula and I were very excited to be here. As you can see in the photo above, the ships anchor inside the collapsed and now flooded caldera of a volcano — the same volcano that caused major destruction some 3,600 years ago in an event called the Minoan Eruption, and which may be the basis for the legend of Atlantis.

This is a tender port, and the trek from the shoreline where the tenders dock to the crest of the remnant crater is a daunting one. Fortunately, there are two ways up the hill that don’t involve walking. One is a ride on a donkey, which seems a bit cruel to me. Thus, we took the other option — an aerial tramway, otherwise popularly known as a ‘cable car’.

This is one wonderful, spectacularly colorful, and incredibly photogenic destination. Indeed, it was probably my favorite photo subject of the entire 54-day cruise. The streets are wonderfully rustic, and the buildings starkly whitewashed for the most part. Those that aren’t really pop with color. 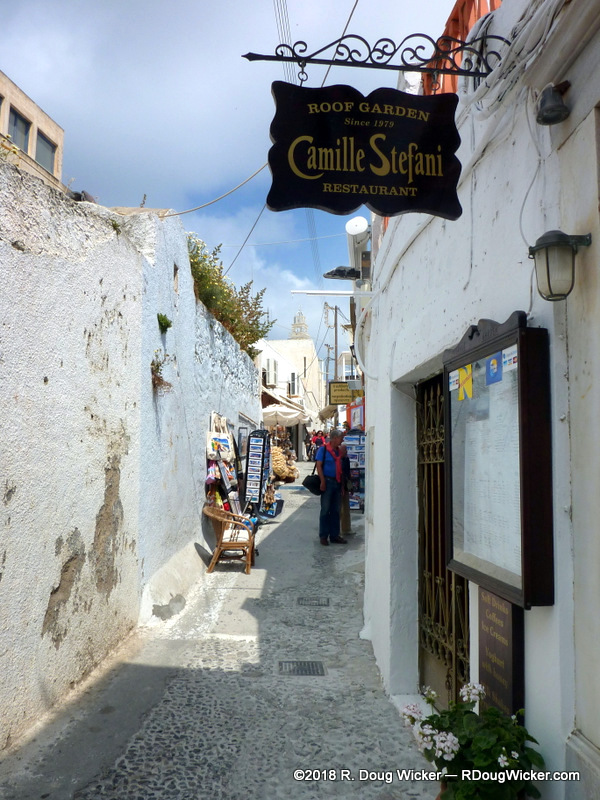 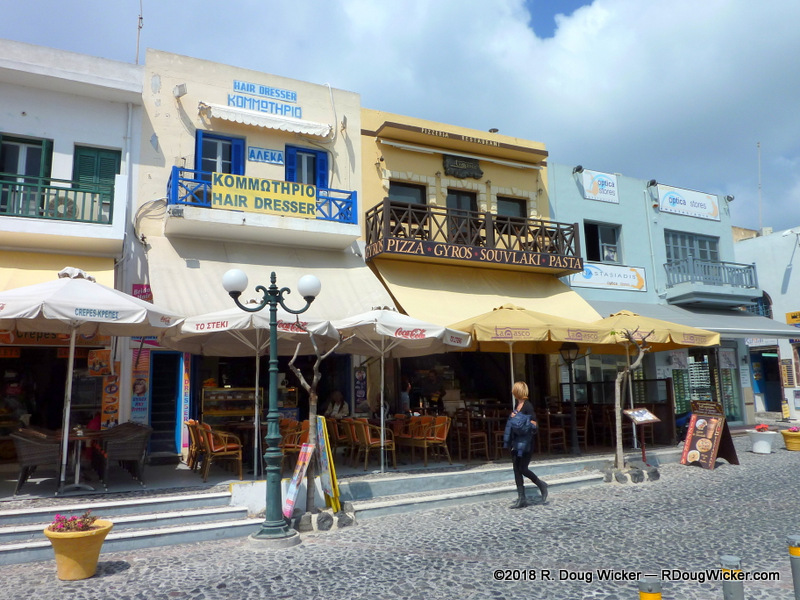 Gates, doors, windows, and other architectural details are immensely fun, so much so that this week’s Fun Photo Friday will be devoted to the experience. 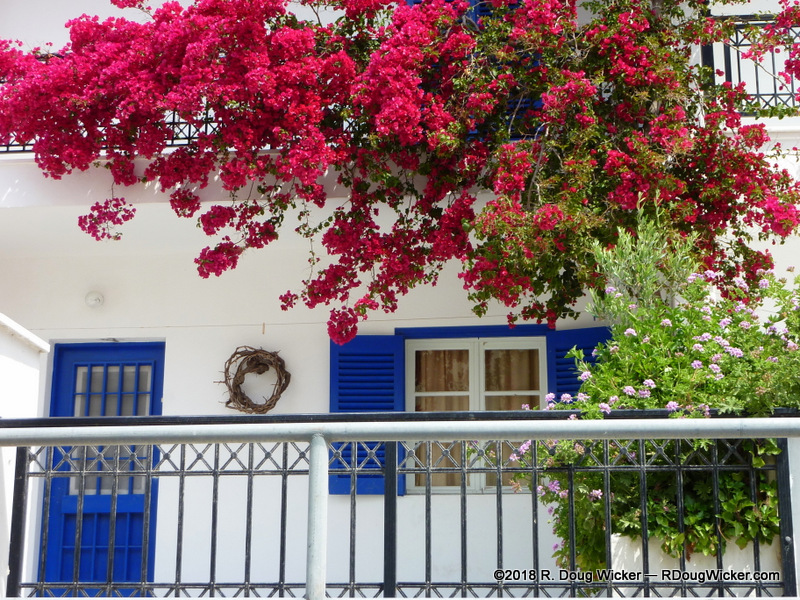 Perhaps the most famous of structures on this tiny island, however, are the blue-domed churches that dot the landscape. 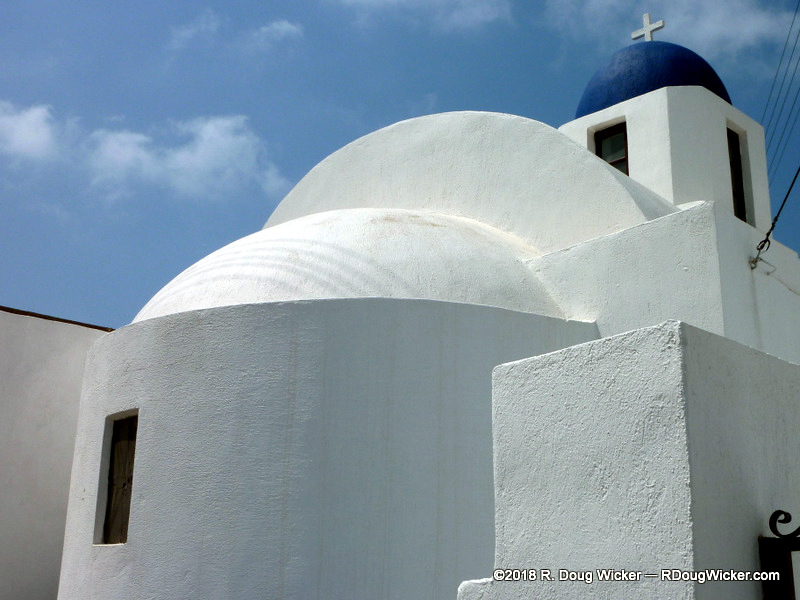 Not all the churches here are so adorned. Others sport some really impressive bells instead.

But even the homes have something to offer the photographer.

Comments Off on 54 Days at Sea — Santorini Part 1