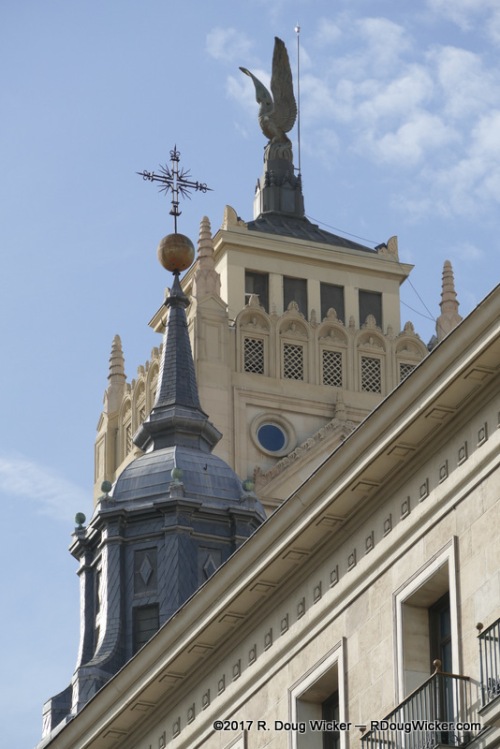 If you’ve been following my travel blogs for very long, then you know that Ursula and I are huge fans of Hop-on/Hop-off bus tours that allow you the freedom and explore a new city, get off at any scheduled stop, and jump aboard a subsequent tour bus whenever you’re ready to continue. It’s a great way to explore and decide what you’d like to revisit later. On Day Two in Madrid we purchased a two-day pass and began our exploration beyond the city center. This next photo is the Temple of Debod, an ancient Egyptian temple dedicated to Isis. It was relocated here to Madrid when the original site was to be flooded following construction of the Aswan Dam.

Next on the tour, as we headed toward the Royal Palace (detailed tour next week), we got a glimpse of Almudena Cathedral:

And just two minutes later we were there:

In between these two views I snapped this fun photo: 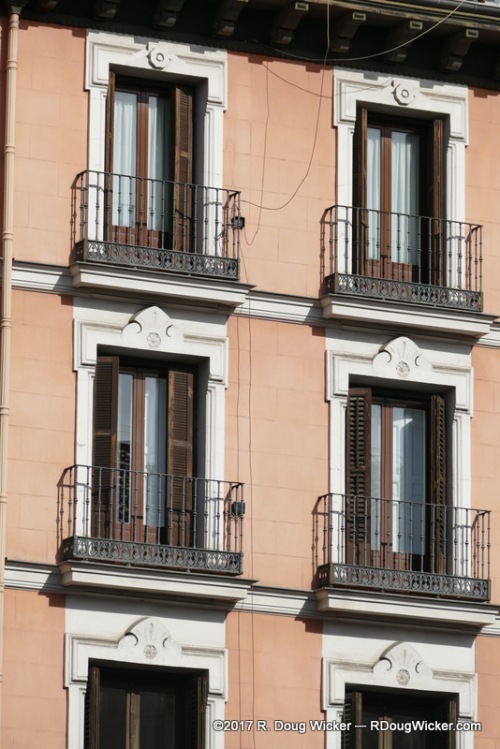 One of the least appreciated aspects of a double-decker bus tour is the elevated vantage point that allows for shots such as these: 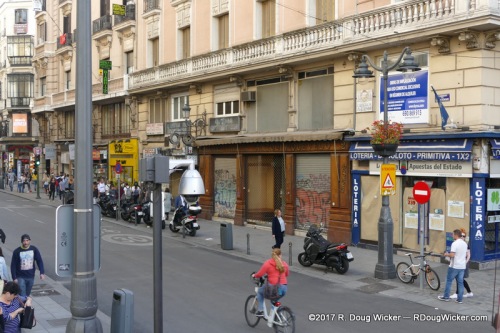 The bus tour we took in Madrid was with the company Madrid City Tour. The buses were comfortable, and they came equipped with multi-lingual headset jacks. Earbuds are included in the price. An added benefit is that you simply won’t have any difficulty finding one of their buses:

The upper-deck cover seen above can be retracted during good weather, which it was during our two days of bus touring. Included on the two tour routes are sights such as the Puerta de Alcalá in the Plaza de la Independencia:

The bus also swings by the impressive Santiago Bernabéu Stadium. This stadium was originally completed in 1947, and it has been renovated and enlarged several time since. Today, it seats just over 81,000 fans:

I’ll leave you with two final shots for today, and we’ll continue the tour on Wednesday: 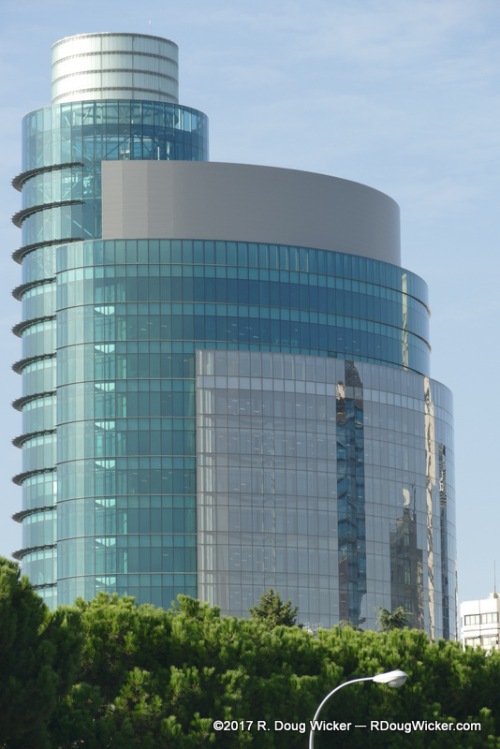 Comments Off on Three Days in Madrid — Day Two