The beach assaults on D-Day occurred at five locations. Gold, Juno, and Sword beaches lay to the east. Gold and Sword were led by the English. Canada led the way at Juno. The U.S. Army assaulted the two beaches to the west, Omaha and Utah, with Utah being the western-most invasion site.

Leading the assault of Utah Beach was the son of a president, General Theodore Roosevelt, Jr. General Roosevelt hid from his superiors a heart condition that would lead to his death just a little over five weeks after the invasion. 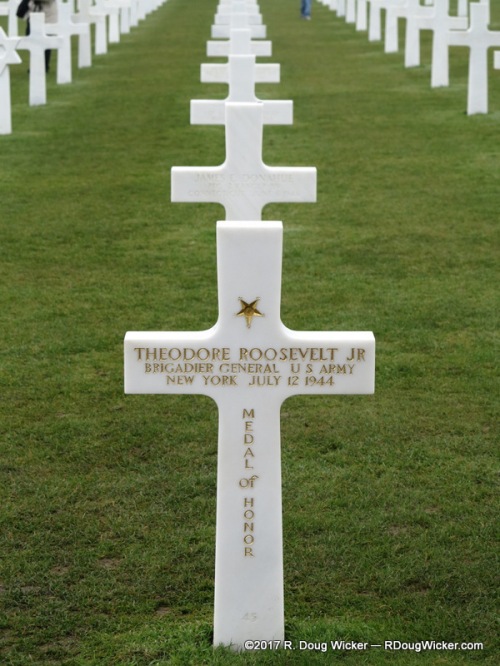 The assault forces at Utah met with surprisingly light resistance. There were 197 casualties out of the 21,000 men who landed there.

Those who landed on the beach just to their east were not nearly as fortunate. Next up in this series is the assault on Omaha. Until then, here are a more photos of Utah:

Comments Off on D-Day — Utah