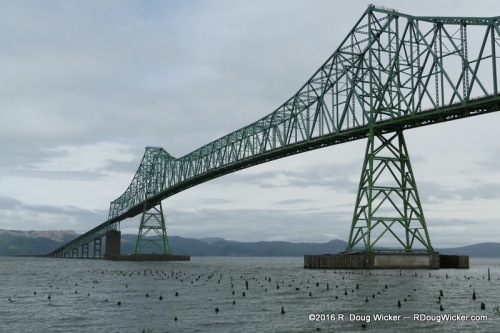 Leaving the cruise ship dock area takes you right by a marina with the Astoria-Megler Bridge as a backdrop:

The Astoria Riverwalk runs along the water parallel to Marine Drive, which also goes by the name East Columbia River Highway/U.S. Route 30.  Stay on the Riverwalk to get the best shots.  Here’s a view looking back toward Cannery Pier, with the Crown Princess docked behind:

Astoria’s trolley also runs along the Astoria Riverwalk, as you can see here: 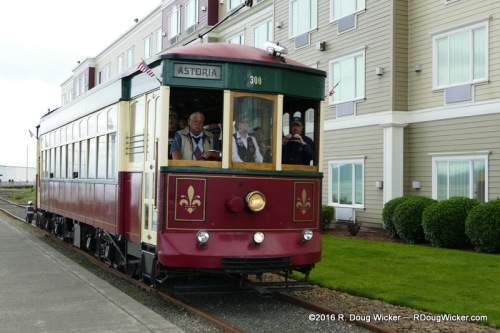 Stay on the Astoria Riverwalk to arrive at the back of the Sears Roebuck and Company building, which faces onto Marine Drive.  But it’s definitely the back of the building you’ll want to see as you come across the fading murals of what was once the Mason, Ehrman & Company:

As you continue on the Astoria Riverwalk you’ll peer into town at the crossing streets, which makes for some fun shots: 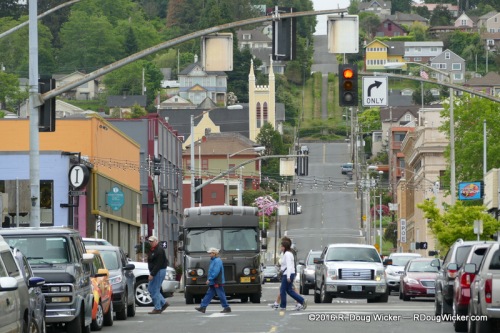 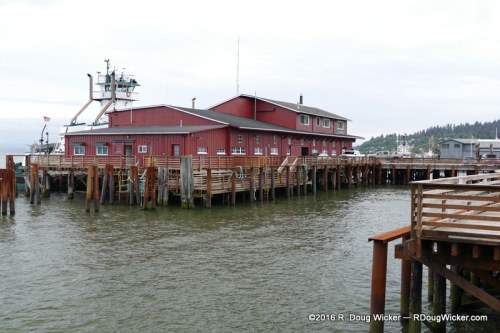