What do you do after a hot visit to White Sands?  You cool off in the mountains, is what.  And since El Paso’s Franklin Mountains are also desert mountains, that means other mountains.

Just two hours’ drive from El Paso is the mountain community of Cloudcroft, New Mexico.  From White Sands that means climbing from an altitude of 4,235 feet/1,291 meters to a rather tall 8,668 feet/2,642 meters above sea level.  If you’re not used to altitude then you certainly don’t want to overexert yourself here.  Cloudcroft is located in the Lincoln National Forest of southern New Mexico.  This was Henry McCarty country.  In fact, much of Southern Arizona, most of New Mexico, and portions of West Texas was Henry McCarty country.

If you don’t know who that was, you may know him by his other name — William H. Bonney.  Still doesn’t ring a bell?  Then, how about that infamous Arizona outlaw Henry “Kid” Antrim, wanted for the murder of Frank P. Cahill near Fort Grant back in August, 1877.  Still no clue?  This next one should do it.  Kid Antrim later gained notoriety in New Mexico and the area in and around El Paso as Billy the Kid.  While the Kid terrorized much of south-central New Mexico (including Mesilla), he most famously haunted the mountainous area around Cloudcroft and nearby Lincoln County — site of the six-month long Lincoln County War that left 22 dead and another 9 wounded. 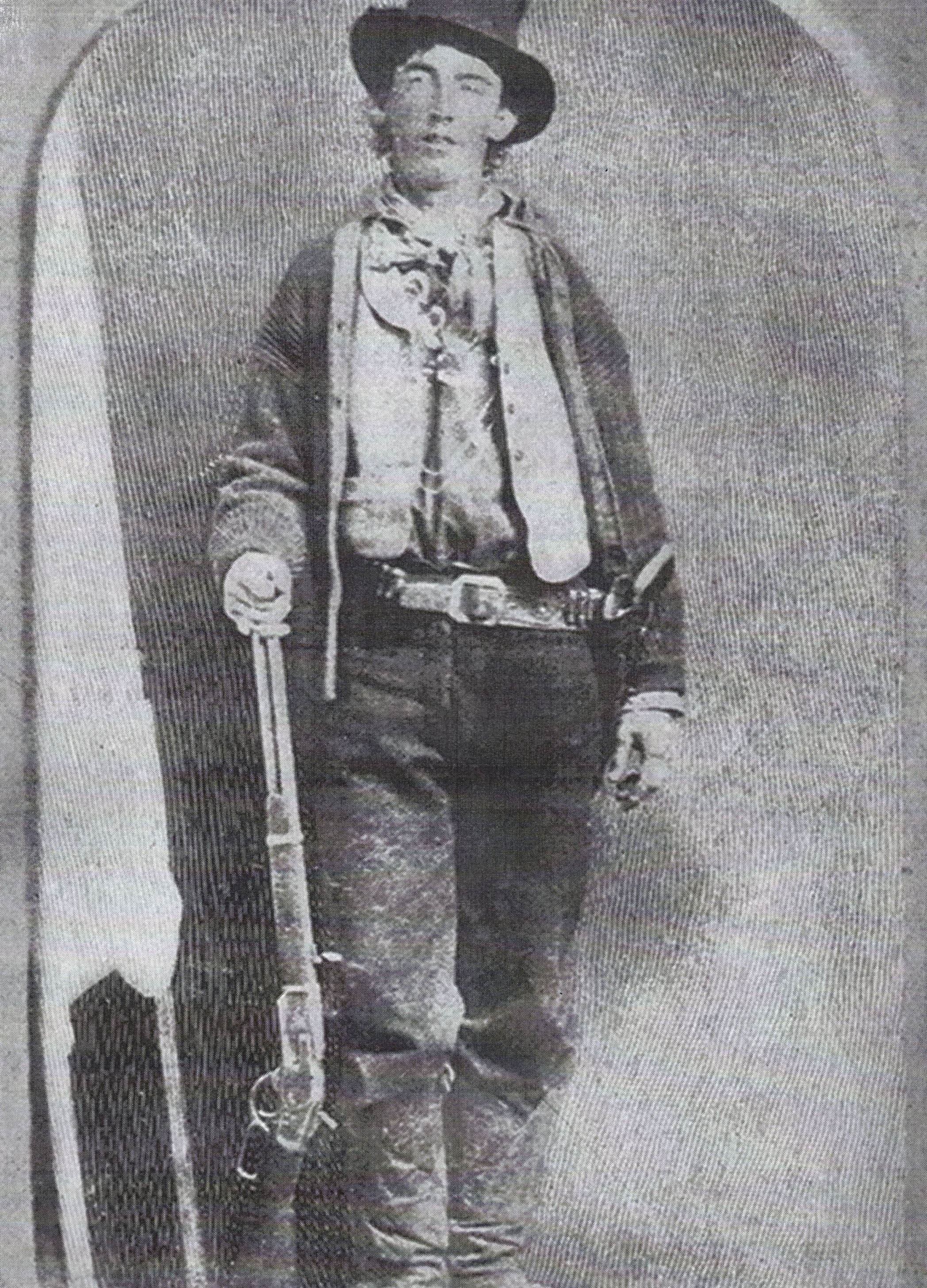 In Cloudcroft the place to go for a flavor of the Wild, Wild West is Burro Avenue.  That’s the main commercial district, and it’s loaded with nifty shops, old-style bars and restaurants, and some real Old West kitsch on a grand scale.  Check out this little piece of political incorrectness:

A Throwback — The Storefront “Wooden Indian”

Heading back down the hill toward Alamogordo, New Mexico, and eventually on to El Paso, we made yet another stop just outside Cloudcroft.  That would be incredibly picturesque Mexican Canyon Train Trestle, one of the very last vestiges of the El Paso and Northeaster Railroad.  This segment was built in the 1890s to supply desperately needed lumber for an ever-growing west.

The Mexican Canyon trestle is part of the Trestle Recreational Area of the Lincoln National Forest.

By the way, if you’re reading this and other material authored by me on The Destinary website, this post was not “Posted on (fill in the date) | By destinary” as they’ve been erroneously claiming; this material was in fact reposted.  The Destinary have also been claiming the right to do so, without links back to the original and without full attribution (“by RDoug” and a nonworking link is not proper attribution) with a rather bizarre interpretation of U.S. copyright law in which they claim I’m responsible for changing my RSS feed settings so that they cannot skim my material for commercial purposes.  That would make reading my blog less convenient for you, which I’m not willing to do.  As such, I’ll be running this little diatribe on all travel related posts until they cease and desist, along with this:

Final note:  Considering The Destinary is a site listed as owned by Sonia Bosquez-Platt of Indianapolis Tour & Travel, you may want to rethink doing business with her or her company.