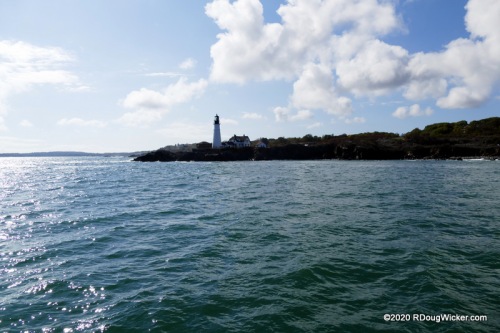 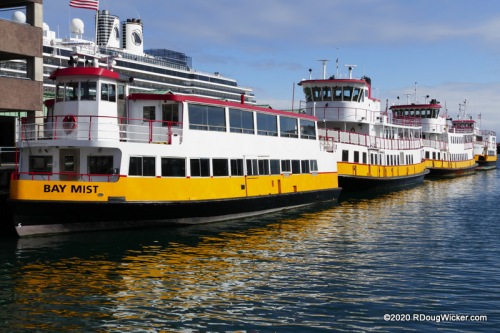 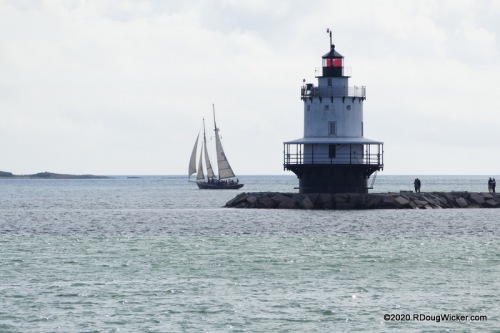 Sailing ‘Round the Spring Point Ledge 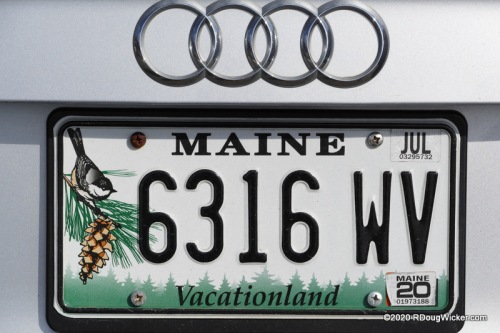 “Four Zeroes on the grill; One behind the wheel” 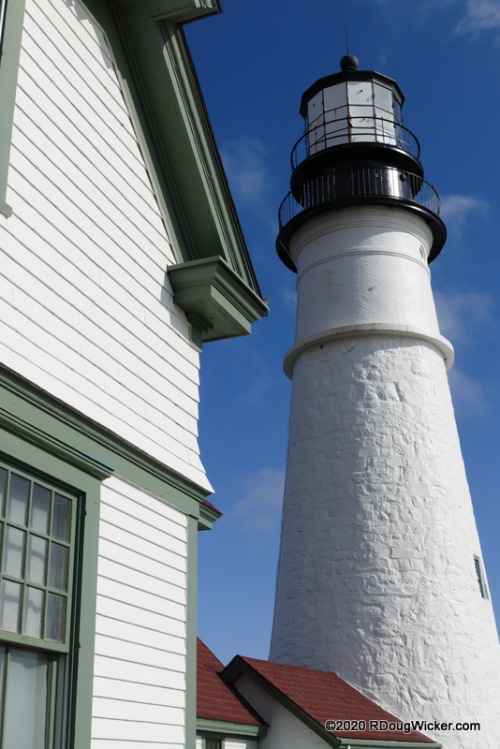 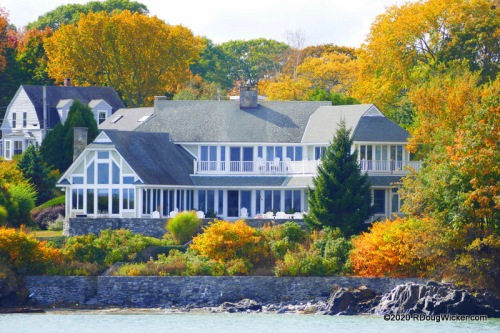 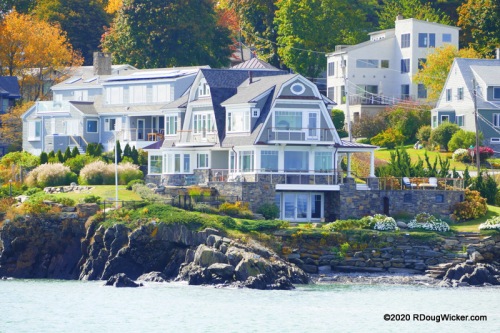 Just off Commercial Street, Portland, just past the Portland Lobster Company (pictured below) down where you can catch the Cushing’s Island Ferry is the place where we boarded our afternoon boat tour from the Portland Discovery Land and Sea Tours. 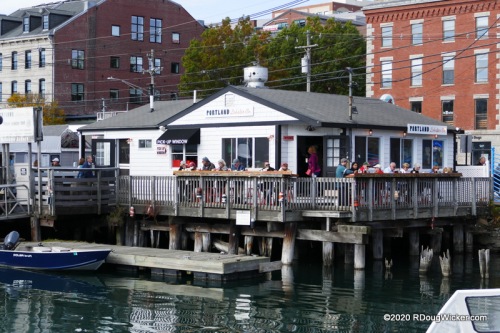 As our tour boat headed onto Fore River and into Casco Bay, one of the first sights of interest pointed out to us was Portland Breakwater Light, also called the Portland Bug Light. This is a smallish lighthouse of a design knows as a caisson, sparkplug, or bug lighthouse, hence the ‘Bug Light’ name. Portland’s Bug Light dates back to 1875. 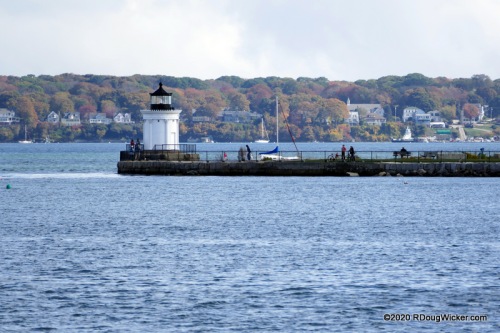 Next up, a little farther to the east of the Bug Light is another sparkplug-style lighthouse, the Spring Point Ledge Light built in 1897: 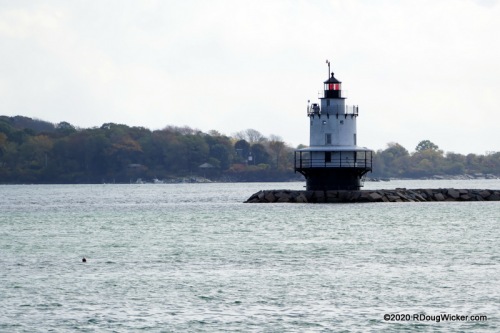 If you wait until you round that lighthouse you’ll get a better image of it: 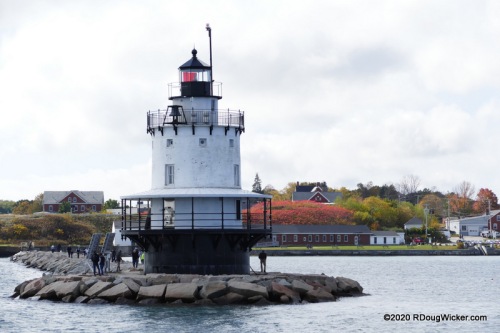 South of Spring Point Ledge are the remains of Fort Preble, which served as an Army fort from 1808 until 1950. Today Fort Preble sits on the campus of the Southern Maine Community College.

This next lighthouse you’re recognize from Monday’s article. It’s the Portland Head Light, and I timed it just right to catch the beam from the lighthouse’s Fresnel lens. 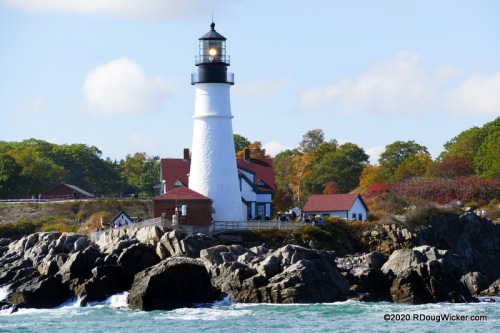 This week and next Fun Photo Friday I’ll present some Portland favorites, and next Monday we’ll continue with this boat tour with an emphasis on fall foliage colors. Until then, I’ll leave you with these boat tour images: 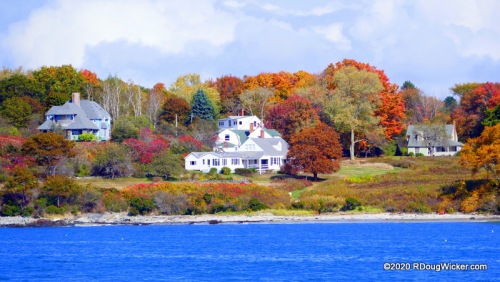 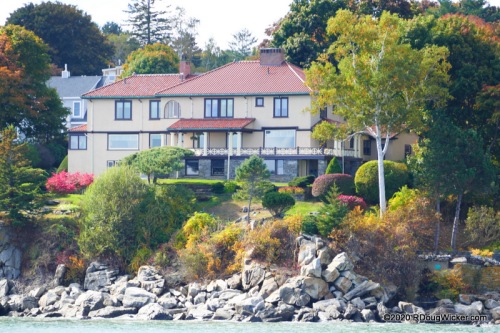 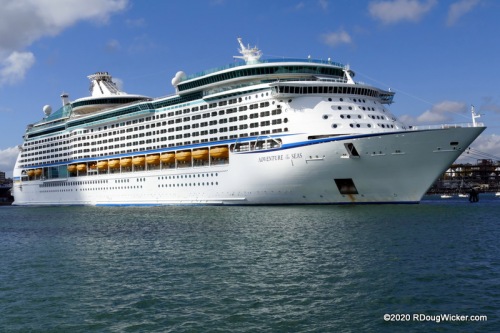 Adventure of the Seas docked in Portland, Maine

It was the morning of October 14, 2019 when Adventure of the Seas docked in Portland, Maine. And, as usual, Ursula had a full day in store for us, with a van tour, boat tour, and lunch planned. But before we get started, this  being a fall foliage cruise, let’s get out of the way at least one good fall foliage shot: 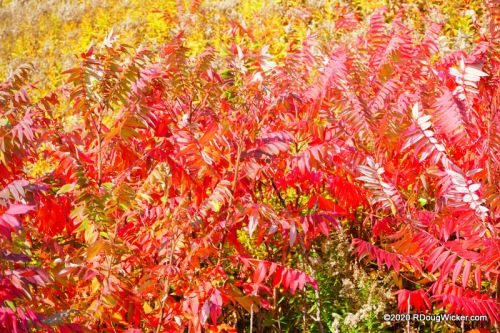 One of the stops awaiting us on this morning van tour was the famous Portland Head Light, which was completed in 1791. 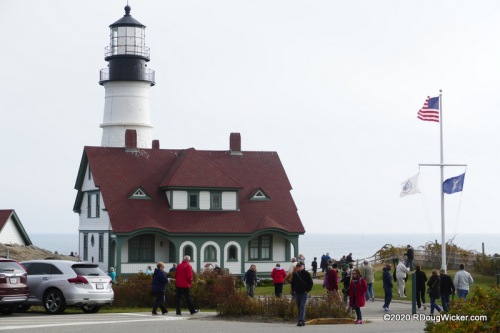 This being the coast of Maine, there’s a lot of drama down by the shoreline: 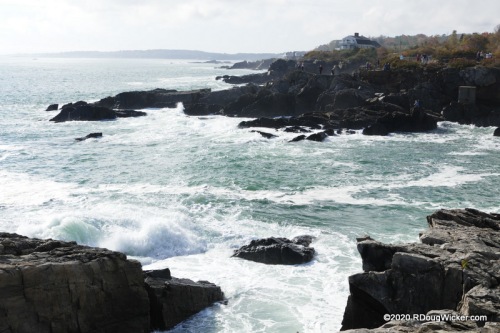 Near the light keeper’s house you’ll find a nautical flagpole, complete with the flag of the United States of America, Maine’s state flag (left), and a flag for the town of Cape Elizabeth, in which the lighthouse is located: 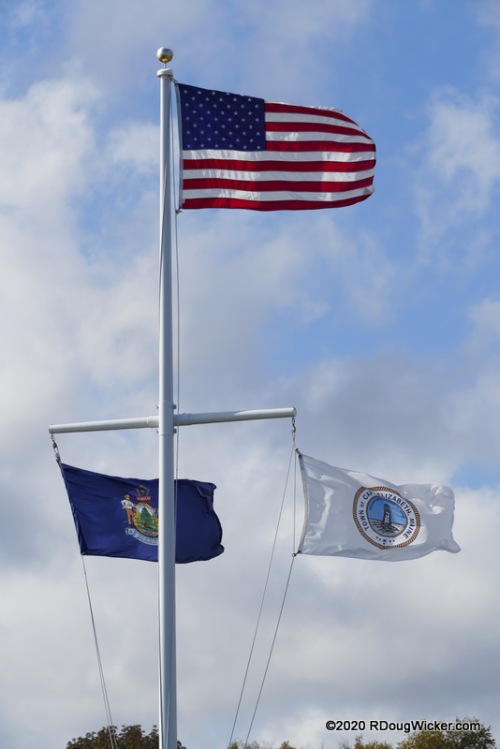 But enough of that stuff. Let’s enjoy one of the most famous and historic lighthouses in the U.S. (click on any image  below to enlarge, and to bring up today’s gallery slide show): 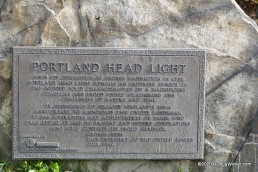 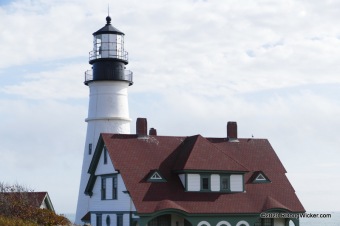 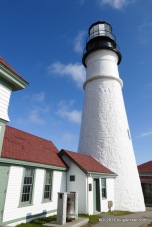