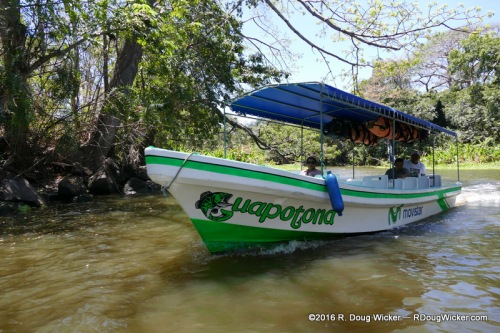 Action on the Water

Below is a collection of some of my favorite Lake Nicaragua images, including birds, vegetation, mountains, and water travel:

Mountains in the Mist

Continuing Around the Islets of Granada 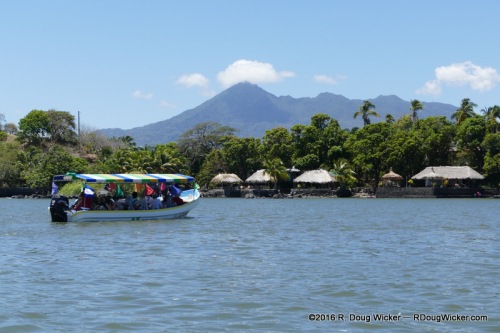 The boat ride among the Islets of Granada surrounding the Asese Peninsula is a very enjoyable and relaxing one.  At least I didn’t see any American crocodiles here, as we had on our Tárcoles River cruise in the Costa Rican jungle just one day prior.  So on this Lake Nicaragua series you won’t be seeing:

Instead, here you find a relaxed lifestyle set among homes both large and modest. 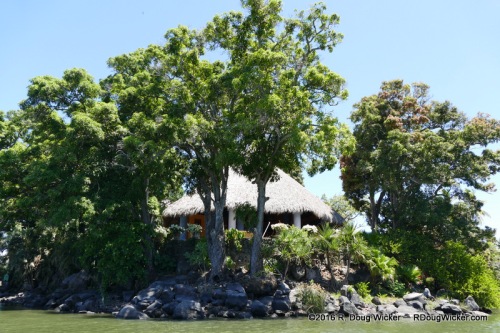 And then there’s the vegetation and wildlife.  I’ve already shown you waterfowl and spider money, so today we’ll look at some of the fauna.

Here’s today’s photo gallery (click on any image below to enlarge and bring up today’s slide show):

Homes on the Islets of Granada

Comments Off on Continuing Around the Islets of Granada 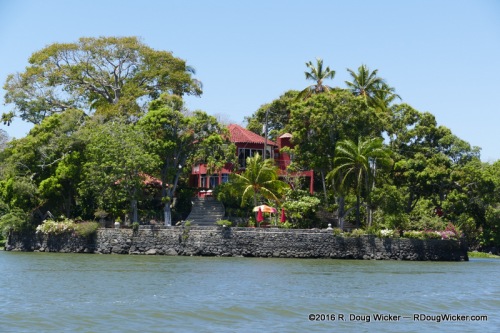 One of many homes on the Islets of Granada

Our tour group left Granada behind and headed for the motor boats that would take us around Isletas de Granada (Islets of Granada) along the Asese Peninsula protruding into Lake Nicaragua.  Lake Nicaragua is the 19th largest lake on the planet, ninth largest on the North and South America continents.  The Spanish first mistook it for a sea, until their thirsty horses started quenching their parched throats.

Setting sail (or is that “setting motor”?) on Lake Nicaragua

Around the Asese Penisula are 365 mostly small islands, many of which have homes and even large estates on them.  These are the Islets of Granada.  And on one of these islets reside a colony of spider monkeys; hence the name “Monkey Island”.

Spider monkey sunning on Monkey Island — is it Mickey, Mike, Peter, or Davy?

Concepción volcano on the island of Ometepe

Now for today’s photo gallery of images around the Islets of Granada and some of the residences that sit on them (click on any image below to enlarge and bring up today’s slide show:

One of 365 “Isletas” (islets) on Lake Nicaragua

Comments Off on Reaching Lake Nicaragua