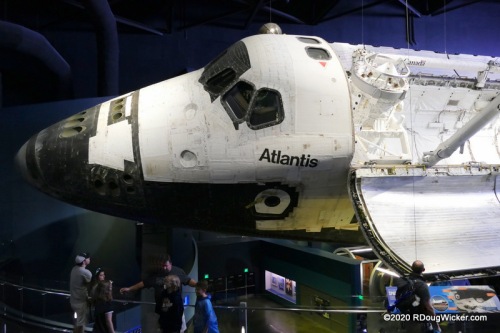 Next stop on our tour of Kennedy Space Center is Shuttle: A Ship Like No Other. Here the star of the show is Space Shuttle Atlantis. But that’s not the only attraction. One really fun interactive exhibit is the Shuttle Launch Experience, which simulates for the rider a Shuttle launch:

There are many other exhibits here as well:

But let’s get back to the star of the show, Shuttle Atlantis: 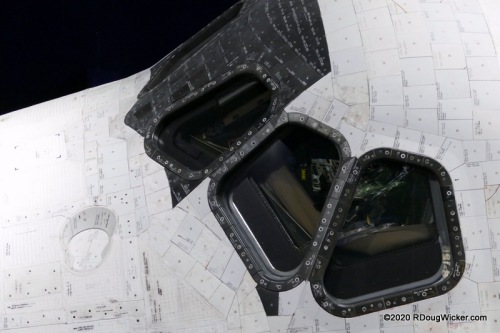 This is about as close as you’re likely to get to a real Space Shuttle, and this particular shuttle flew a total of thirty-three missions.

One of the pilots who flew Atlantis is Robert L. “Hoot” Gibson (mission STS-27) whom I once had the pleasure of flying with on a Shuttle Training aboard one of NASA’s highly modified Grumman Gulfstream II Shuttle Training Aircraft (STA). 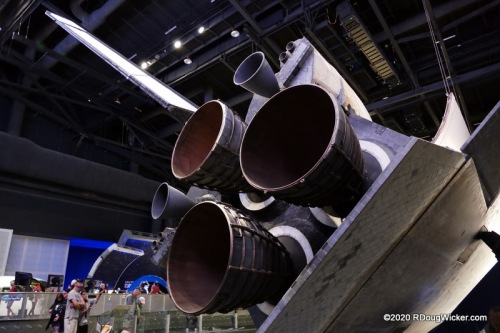 If you’d like to know what it’s like to fly aboard an STA to practice the steep landing approach of a recovering Space Shuttle, I wrote an article on one such ride I took with another shuttle pilot, James M. “Vegas” Kelly. The link to that little adventure, including photos taken during the flight, is here: Flying on a Shuttle Training Mission.

Let’s take on last look at this impressive spacecraft: 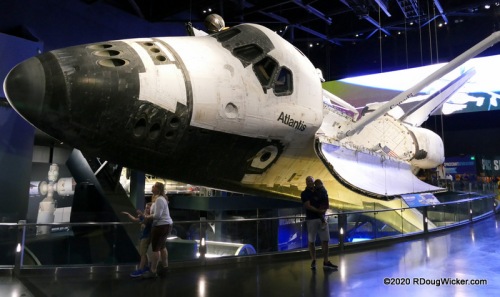