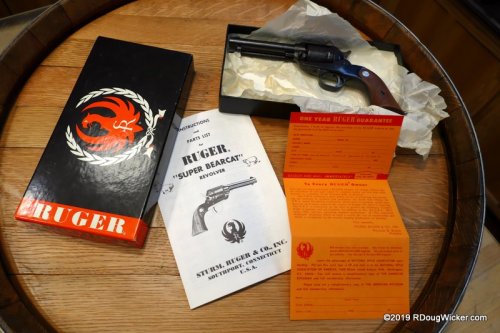 It’s time for a Western Wednesday firearm review, and today’s shooting review is on a gun that Ruger made for less than three years (June 1971-January 1974)! I’ve already discussed Ruger’s alloy framed 1st edition Bearcat (see: Interesting Collectables: “Old” 1st issue Ruger Bearcats), in which I presented a rare ‘Alpha Cat’ Bearcat and one of the very first Bearcats (624th off the line) produced with oiled walnut grips rather than the previous rosen-impregnated rosewood grips. Here is an image of those early Bearcats: 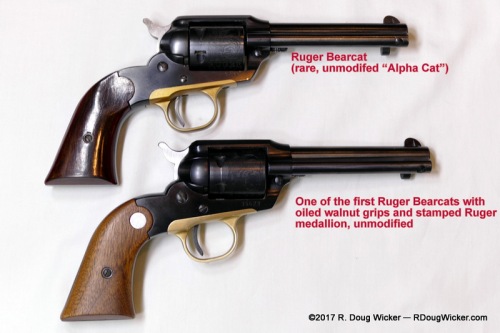 ‘Unmodified’ means that both of those Bearcats were never sent back to Ruger for the transfer bar modification that would make safe the loading all six cylinders. That is why I’m referring to these pistols as Old West-style firearms, as they adhere closely to the design of the Colt 1873 Single-Action Army ‘Peacemaker. Below shows a comparison of a copy of the original Colt 1873 design along with an old issue three-screw Ruger Single Six (also unmodified) and an old issue Bearcat, all of which are only safe when the hammer rest over an unloaded cylinder chamber (more on that below): 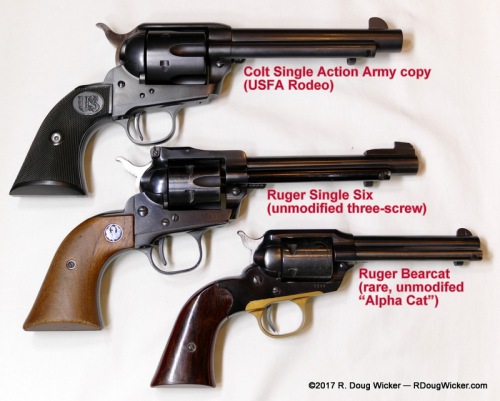 These classics may have been called ‘Six-shooters’, but disregard what you saw on television and in the movies. Nobody in their right mind would holster one of these guns with all six chambers loaded. 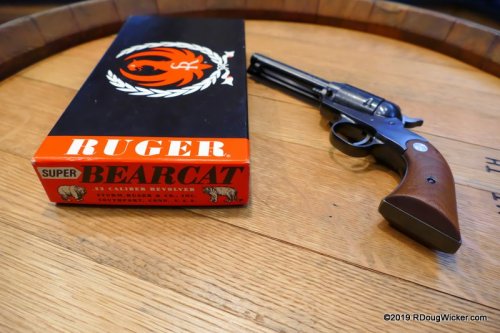 That means, unless you are physically at the range, on the firing line, and preparing to fire the weapon, the cylinder should be loaded so that the hammer rests upon an empty chamber. How do you do that? Here’s a recap from my previous article on the original (1958-1970) Ruger Bearcat:

You’re done. Your “six shooter” is now properly loaded with five bullets, and if you followed these directions the hammer is safely resting over an empty chamber and the weapon is safe to carry. 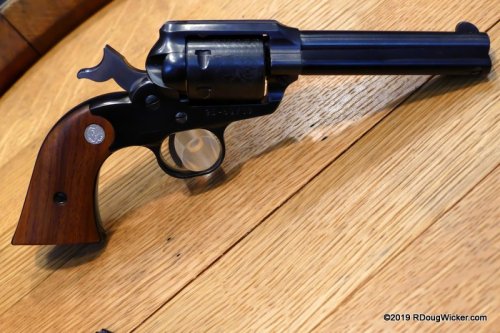 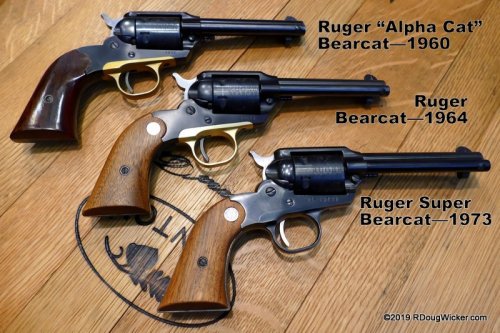 During Ruger’s two-year seven-month run of the Super Bearcat, approximately 64,000 were produced. Of that number, the first 37,000 used the previous anodized trigger guard. Thus, beginning in early 1972, only the last 27,000 Super Bearcats produced had trigger guards of blued steel. 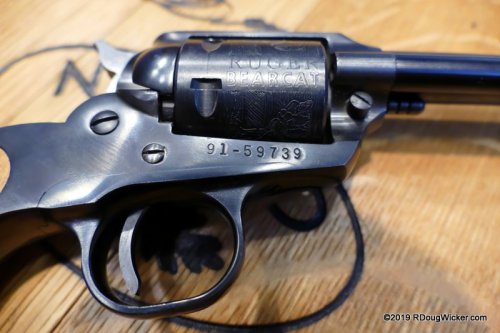 Ruger’s roll marks between the Bearcat and the Super Bearcat differed slightly, with addition to the latter of the weapon’s caliber and an ® indicating a registered trademark: 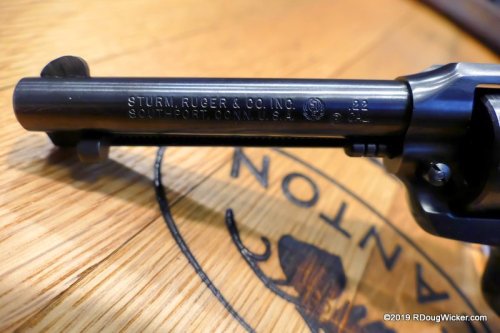 The Super Bearcat retained the lightly stamped Ruger eagle medallion and oiled grips that began with the previous Bearcat line beginning in 1964. 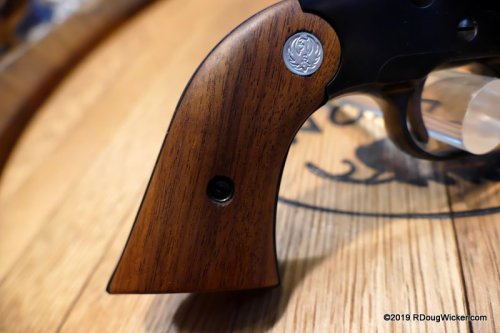 And one touch that started with the original 1st edition Bearcats in 1958, continued through the 2nd edition Super Bearcat era ending in 1974, and carried on beginning with the reintroduction of the 3rd edition Bearcat in 1993 through today is an engraved cylinder: 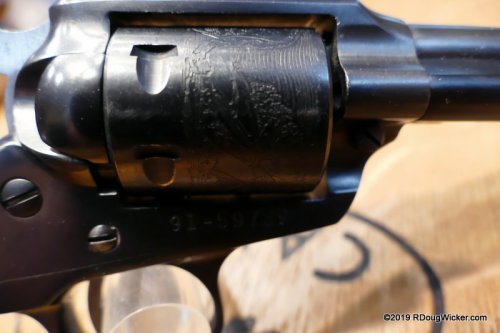 So, how does this weapon shoot? The trigger is incredibly light, and initially the breaking of the trigger took me by surprise, but I soon got past that. I set at 10 yards/9.1 meters a target printed onto 8.5×11-inch/216x279mm standard letter-sized paper. I then loaded up and fired three full cylinders’ worth of Remington 36-grain .22 LR Plated Hollow Points, for a total of eighteen total shots. Here are the results: 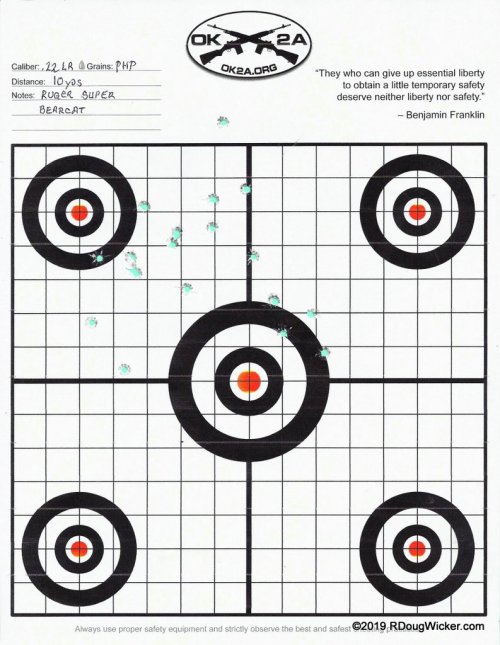 For additional reading on both the 1st edition Ruger  Bearcat and 2nd edition Super Bearcat, I highly recommend the following great articles: 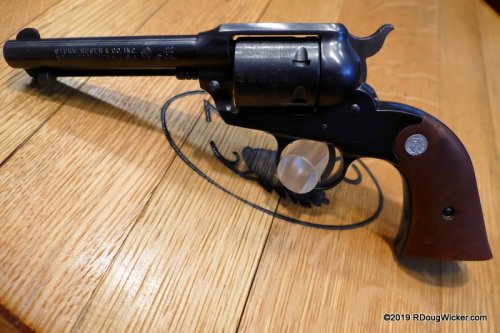