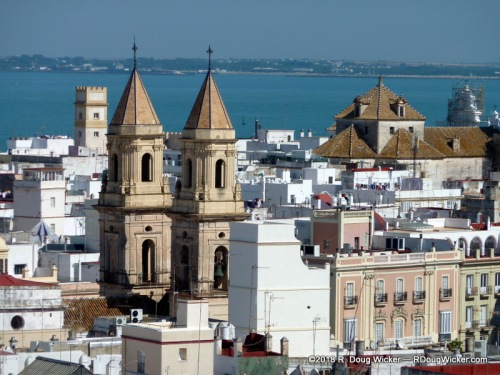 MS Prinsendam left Malta on April 29, and, after once again traversing through the Pillars of Hercules, arrived three days later into Cádiz, Spain, on May 2.

Your favorite (I hope) mystery author in Cádiz, Spain

Your favorite (I hope) author’s favorite wife in Cádiz, Spain

After the stunning scenery from our previous two stops — Santorini and Malta — I’m afraid you’re going to find Cádiz a bit of a let down. Nevertheless, we’re going to spend the next two weeks viewing the sights here. 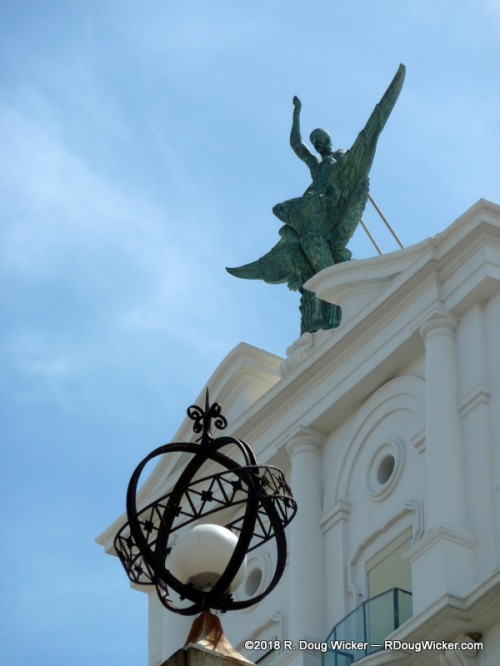 Why? Well, for one, because we were a bit spoiled by Santorini and Malta. Cádiz isn’t really lacking in scenery; it just fades in comparison of the previous two destinations. Cádiz is still worth a visit, and if not overshadowed by previous ports, it has much to offer in its own right. 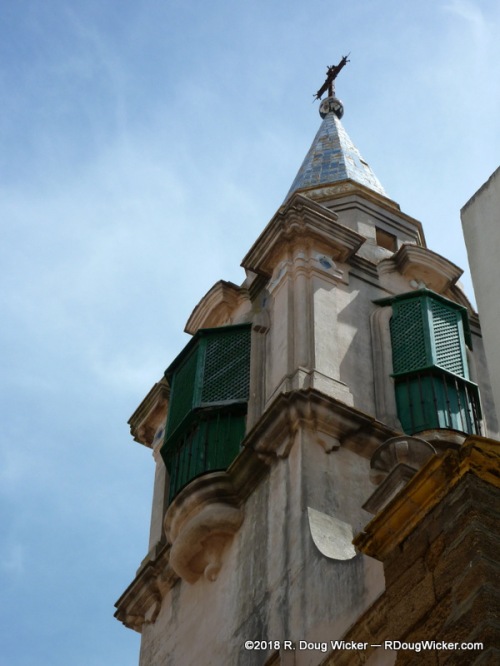 My first photos of Cádiz are time stamped at just before 10:00 a.m. So, can tell you that what you are about to see are views taken of Cádiz just a little over an hour after our arrival. The photos below are from atop the Torre Tavira (Tavira Tower), an 18th century watchtower near the city’s center.

One of the reasons to come up here is the view, but another is something called a camera obscura. The camera obscura here atop Torre Tavira was installed back in 1994. The image from this camera obscura is projected onto a horizontal surface in a dark room, resulting in a real-time view of the surrounding city. The photo below is of the projected image, which I rotated to correct for the inverted image. The dark lines in the lower right-hand corner are a guide’s pointer and the shadow that pointer cast onto the projected image.

Now let’s go back to the roof for some more views of Cádiz, Spain: 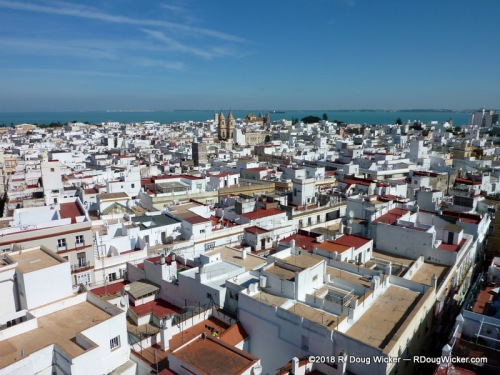 Comments Off on 54 Days at Sea — Arriving into Cádiz, Spain