A Tribute to Mike DiMuzio and a Look at the Interarms Rossi M92 in .45 Colt

Many of you may remember my popular post on firearms from 1950s Television Westerns in general, and The Rifleman’s Winchester Model 1892 in particular.  You may also recall my YouTube video on spin-cocking a full size Model 1892 rifle, the “Flip Special”.

That very special “Flip Special” was custom made for me by Mike DiMuzio of North Carolina.  Alas, I am deeply saddened to report that Mike passed away less than a month ago.  Mike and I had exchanged emails and chatted several times over the course of the past year and a half.

This rifle from the late ’70s to early ’80s.  It was manufactured by Rossi of Brazil according to specifications outlined by Sam Cummings’ International Armament Corporation, otherwise known as Interarms (Sam Cummings, a very interesting character, was the basis for Sterling Heyward in my mystery novel The Globe).  This particular Rossi M92 is a fairly faithful rendition of the iconic Winchester Model 1892, a rifle used in countless television shows and movies because of its close resemblance to the Winchester Model 1873.  The Model 1892 was a favorite of the late John Wayne, and he used large loop variations of the M1892 in many films ranging from Stagecoach (1939) to True Grit (1969).

I purchased this version of the Model 1892 with the sole intention of sending it to Mike for conversion into another Rifleman “Flip Special,” and I was rather excited to have found a .45 Colt example although a rifle in .44-40 Winchester would be more authentic.

I was immediately drawn to this firearm when I first laid eyes on it at my local favorite gun store Collector’s Gun Exchange.  While Rossi made M92 rifles for various U.S. importers back in the ’70s and beyond, the Interarms versions were a cut above the rest. 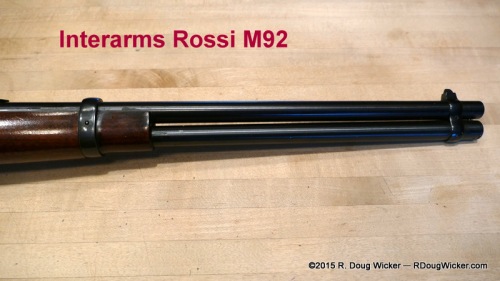 Let’s take a look at some of the reasons I was looking to acquire another converted Rossi, and how this rifle differs from the later model Rossi seen here:

Most obvious is the finish on the wood: 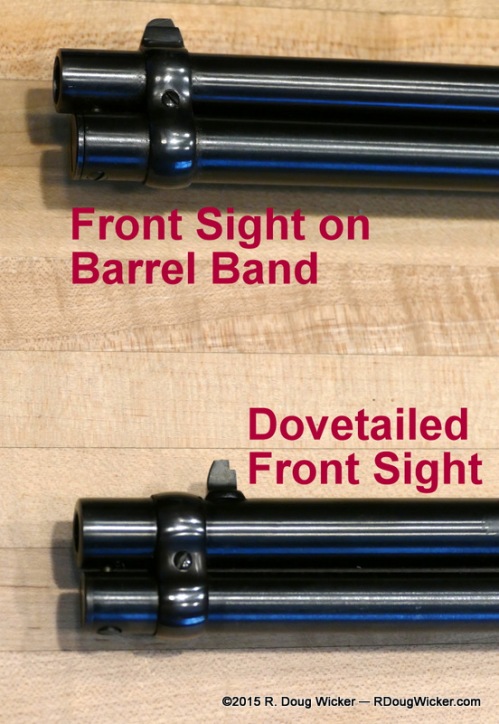 Now for the most important difference of all.  See if you can pick up on the difference in the next two photos.  Here is the Interarms Rossi:

And now the new “improved” version from Rossi: 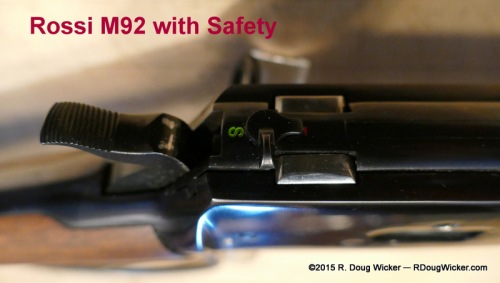 As you can see Rossi now incorporates into the Model 1892 design a firing safety whereas the earlier Interarms Rossi stays truer to the original John Moses Browning/Winchester design.  Here the two are pictured together:

A safety is all fine and good . . . if you’re carrying a lever action Winchester design with a cartridge chambered, but that was never the intent of the design.  As with the Colt Single Action Army, the hammer should be resting on an empty chamber (for an explanation as to why see my look at the Uberti version of the 1873 Colt).  Alas, far too many gun owners today do not understand basic firearm operation and safety, so even later Winchesters were eventually dumbed down to compensate for careless firearms handling.

For now this Interarms Rossi will remain unconverted, although I have found two other sources to do the work for me.  I’m just not convinced that anyone can do as good a job as Mike DiMuzio, who learned his craft at the hands of Moe Hunt — personal gunsmith to Chuck Connors (Lucas McCain — The Rifleman).  Mike not only modified and installed levers on his conversions, he also smithed the internal action to beef it up and smooth it out to make spin-cocking the rifle possible.  Here’s one last look at Mike’s handwork:

And finally I leave you with two videos of Mike doing his thing and making it look simple (it isn’t, trust me).  So long, Mike.  You’ll be sorely missed.

One response to “A Tribute to Mike DiMuzio and a Look at the Interarms Rossi M92 in .45 Colt”