Actually, I do enjoy saying it.

Remember this little satirical gem?  Link:  When Will We Rein in these Deliverers of Death?

Well, it’s happened again.  This time an incredible sixty people were wounded, some critically.  Three had to be helicop0tered out of the carnage, and another dozen or so were transported to hospitals by ambulance.  Here’s the gory story in all its glory:  Up to 60 Injured After Car Drives into Va. Parade

Seeing as how we’re frequently told by some of our elected nannies . . . er, officials . . . that we can’t be trusted with these: 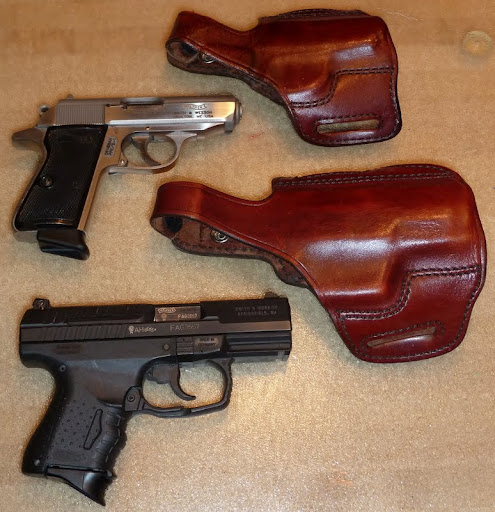 Or especially one of these:

Then by the same logic, and taking into consideration the vastly higher injury and death rate associated with automobiles, I’m sure it’s only a matter of days before Senator Dianne Feinstein and others take action to outlaw these from falling into the wrong hands (meaning your hands):

A Vehicle of DEATH

This is not hyperbole, my friends.  The argument for depriving you of one also justifies depriving you of the other, or perhaps taking away your access to fast food hamburgers and fried chicken, or denying to you large soda drinks at the theater, or stripping you of that swimming pool in your backyard.

You may not own a firearm.  You may have no desire to do so.  You may even fear and loathe them.  But remember this:  Whenever an elected official tells you — a law abiding citizen with a clean record of responsibility — that you cannot be trusted with something and that they’re limiting your access for your own good, don’t expect them to stop short at just those items with which you personally disagree or don’t own.  They won’t.  New York Mayor Michael Bloomberg has proven that point quite conclusively (“Okay, scum — this is the NYPD.  Slowly put down that Big Gulp and very carefully back away.  Let us see your hands at all times, dirt bag.”)

Indeed, as a rule of thumb, you should not trust with your vote any elected official who expresses a distrust in you.

By the way, the so-called “assault rifle” pictured above is a 9mm Beretta Cx4 Storm.  It can also be purchased chambered for the .40 S&W and .45 ACP, which like the 9mm are pistol rounds that are less damaging to living tissue than the .223 round commonly used in more traditional semiautomatic rifles, including so-called “assault” weapons.  That Cx4 is on Senator Feinstein’s list of proposed banned weapons.

Now take a look at the following two rifles:

Both are functionally the same.  Both employ the exact same firing and chambering mechanisms.  Both use the same caliber round.  Both fire at the same rate — one bullet each time the trigger is squeezed (the definition of “semiautomatic” as opposed to “automatic,” which can fire multiple rounds with one squeeze of the trigger).  Both will accept so-called “high-capacity” magazines.  One is on the proposed banned list, the other is not.  Now, quick, what’s the difference that justifies that?

Answer:  The second rifle magically transformed itself into an “assault weapon” when Ruger added that recoil compensator on the firing end of the barrel.  That’s it.  No other modifications whatsoever.  In other words, the Mini-14 Tactical is on the banned list because of one thing, and one thing only — it looks scarier than the Mini-14 Ranch Rifle pictured above it.

And that Cx4 that fires the much more modest 9mm pistol round?  Why was it singled out for banishment, you ask?  Has absolutely nothing to do with function, capability, or destructive potential.  Once again this rifle finds itself on the list because it looks scary — it has a pistol grip and comes with multiple Picatinny rails that can be used to attach to the carbine anything from an optical sight or tactical flashlight to a laser for better target acquisition (which I would think is a good thing — who wants someone using a rifle to accidentally shoot something or someone at which they’re not aiming?)

This is but one reason why Senator Feinstein, Mayor Bloomberg, and others are simply not taken seriously by those who know, understand, and use firearms.  Their demonstrable ignorance on the subject would fill a book.  Indeed, Mayor Bloomberg was just a few months ago positively humiliated on ABC’s Nightline when Cynthia McFadden had to stop the interview to correct him on his insistence that semiautomatics fire multiple rounds for as long as the trigger was pulled.

Remember this level of ignorance the next time you listen to the gun control debate.  Then, the next time you’re at the airport removing your shoes, belt, and then entering a scanner for a virtual strip search, I want you to consider this:  When did you become the threat to national security while Congress’ laws allow real terrorists unfettered access to the our nation under the guise of “asylum,” are then given taxpayer funded assistance, and then turned loose unsupervised so that they may plant bombs at marathons?  And these same elected officials want to then disarm you because you’re the threat?