One of the first things Ursula and I did after taking the shuttle out of the secure area of the port was to take a free bus ride. Our immediate objective was to get to the HMAS Sydney Memorial. The memorial sits atop Mount Scott, which offers some nice views of the surrounding area.

But this is a solemn place. It commemorates the loss during World War II of HMAS Sydney (D48), a modified Leander Class light cruiser that was sunk in a November 1941 battle against the German auxiliary cruiser Kormoran.

As you approach this impressive monument from the entrance, this is your view:

The wall surrounding the 12-meter/39-foot Dome of Souls is the backside of a black marble Wall of Remembrance that tells the story of HMAS Sydney, the battle with the Kormoran, and a listing of the 645 Australian Navy sailors who lost their lives.

Also at the memorial is The Waiting Woman looking out to sea and grieving for her lost loved one:

This tall structure invokes the prow of HMAS Sydney, and is referred to as The Stele: 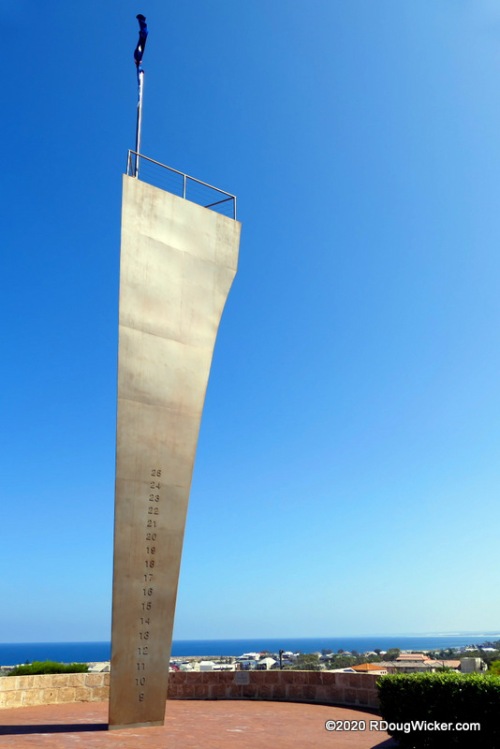 Beyond the area encompassed by the Dome of Remembrance and Wall of Remembrance is the Pool of Remembrance. Don’t bother looking up the wreck coordinates from the numbers at the bottom of the pool. The South Latitude is missing the first number, which should be a “2”, so make sure you enter 26 14 45 South or you’ll be way off. 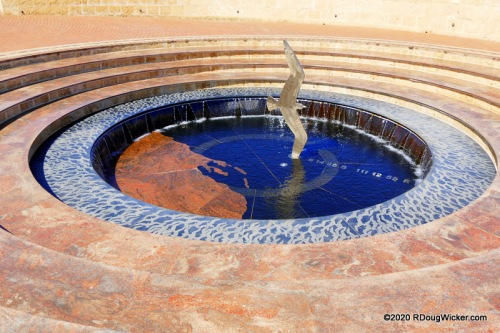 Centered beneath the Dome of Souls is a replica ship’s screw marking the memorial’s “altar”: 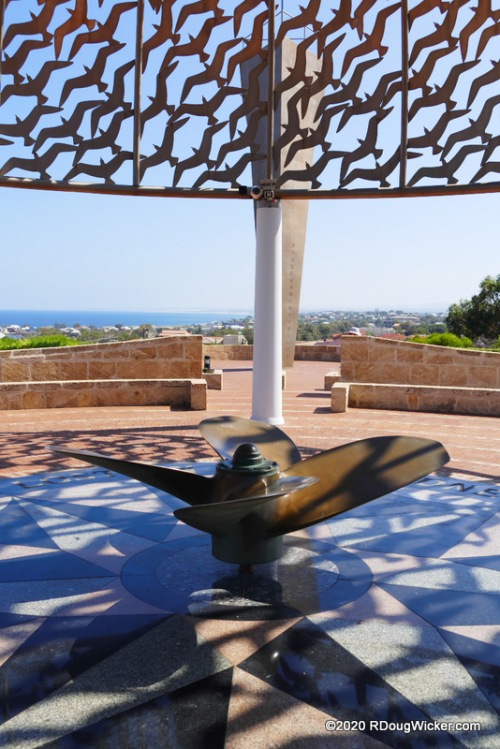 I’ll leave you here with one final image looking back toward the Dome of Souls:

Comments Off on Circumnavigating Australia — Geraldton and HMAS Sydney Memorial