One of the more popular spots on Half Moon Cay had to be Captain Morgan’s On The Rocks Island Bar.  The drinks were tasty, expensive, and incredibly watered down.  In other words, you knew you were on a cruise line-owned island.  Nevertheless it was a must if for no other reason than the incredible building in which it was housed — a large ship-like structure made to look like beached pirate’s galleon.

There was even a broken mast and crow’s nest laying next to the structure to complete the illusion.

Inside the bar was large yet surprisingly intimate save for the loud band playing, which made conversation with our shipmate friends all but impossible.

On The Rocks Bar

You can escape the loud music however by heading upstairs onto the “deck” and some awesome views.

On The Rocks Island Bar

The On The Rocks bar is not the only structure on this small island.  There’s also a wedding chapel. 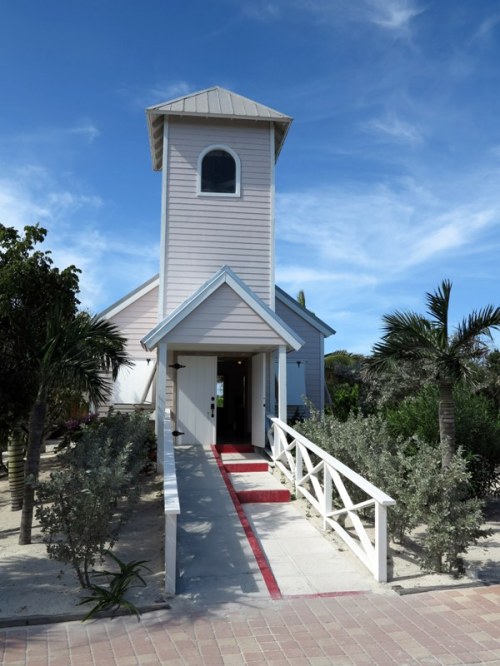 But the beach is the real draw. 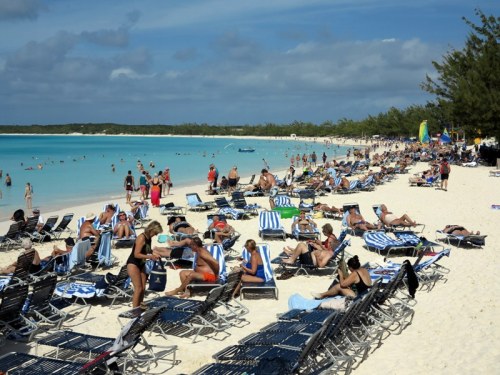 And then there are those gorgeous flowers seemingly everywhere.

Fun Photo Friday will bring you my favorite shots of this privately owned island in the Bahamas.  Until then here’s today’s slideshow: 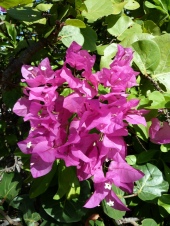 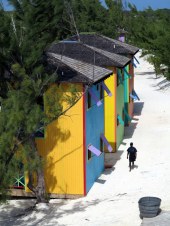 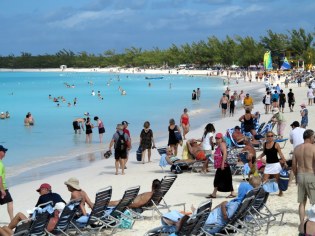 One response to “Half Moon Cay — Part 2”