Last week we covered how to make a great, crunchy, French-style baguette.  Now, if only we had something to do with all that bread.

We’ve already discussed that other great Swiss Winter comfort food Raclette, but it’s traditional cheese fondue with which Switzerland is more commonly associated.  Tthe really great thing is that it’s so easy to make.  And, like Raclette, it’s a great dinner party dish as it’s served piping hot at the table.

Seven tenths of a liter (basically one deciliter for every 100 grams of cheese—plus or minus depending on how thin you want your fondue) of good, dry wine such as Johannisberg Riesling or, better still, Pinot Grigio (Italy’s Cavit makes an affordable, consistently good one that’s readily available just about anywhere).  The traditional wine is Fendant, but you probably won’t find it.

One large spoonful of corn starch.

Nutmeg and white pepper to taste

Optionally, a half teaspoon of lemon juice.

From here on I’ll forgo the prose and let the pictures talk you through it: 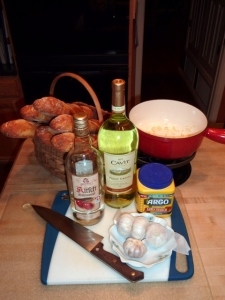 A few of our ingredients 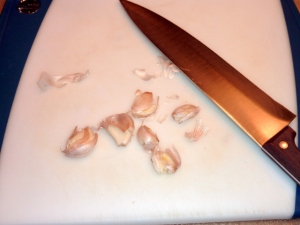 You can’t be too thin, too rich, or have too much garlic 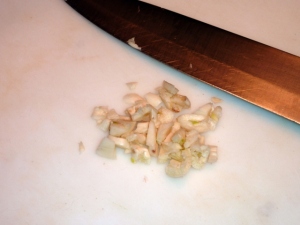 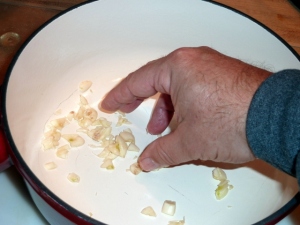 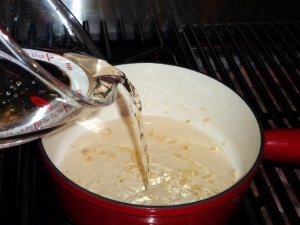 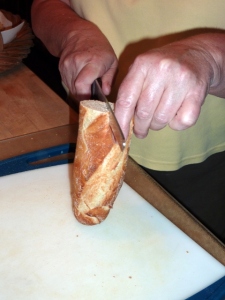 While you’re waiting for the wine to boil, cut the baguettes lengthwise . . . 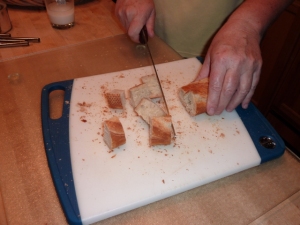 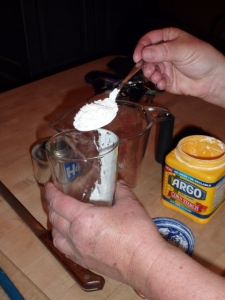 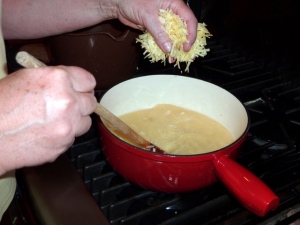 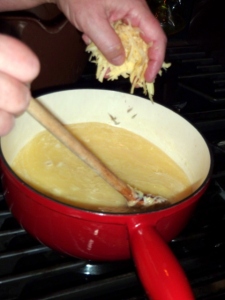 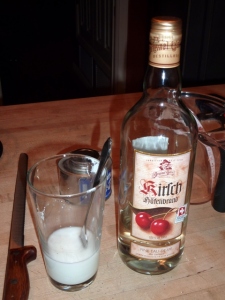 After the cheese is nicely melted, stir in the corn starch and Kirsch mixture—blend thoroughly and continue cooking for two minutes 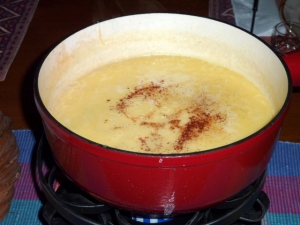 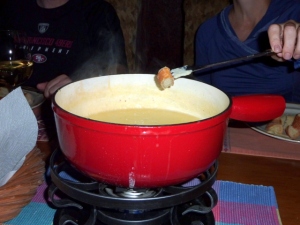