In keeping with Monday’s Memorial Day post and Wednesday’s commemoration of D-Day, I dedicate today’s post to the memory of John Steele, Sainte-Mère-Église, and the church upon which Private Steele of the 82nd Airborne hung suspended for two hours before briefly being taken prisoner by the German Army, escaping, and later rejoining his brigade.

You will recall this famous incident from the movie The Longest Day, in which Private Steele was portrayed by Red Buttons.  That church remains to this day standing silent sentinel over the town square.  Hanging from a spire is a continuing memorial to Private Steels (see black-and-white photograph below) — a mannequin dressed in battle gear and uniform suspended by a parachute canopy and shroud lines.

Inside that church you will find some decidedly unusual stained glass windows.  Look at them carefully.  You’ll see reminders of that day in the form of airborne patches and armed troops gliding to earth beneath silk canopies. 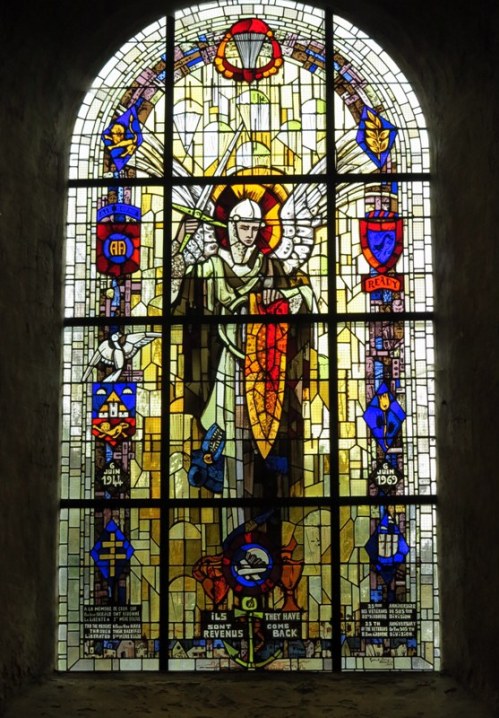 Stained Tribute to the 82nd Airborne