Two days and about 600 miles/965 kilometers out of Istanbul, on April 19th, we found ourselves in Sochi, Russia, which was at the time gearing up to host the 2014 Winter Olympic Games. It was an interesting, but hardly inspiring, destination. In order to even set foot off the M.S. Prinsendam, we had to be in the company of a tour guide.

One of the first places we visited was the Saint Michael’s Cathedral. Saint Michaels’ is the oldest Eastern Orthodox church in Sochi.

I did manage to get some fun photographs here, taking advantage of the lighting, an interesting sky, and the gold onion domes and crosses of the church. You’ll see my most prized shot of this on this week’s Fun Photo Friday. 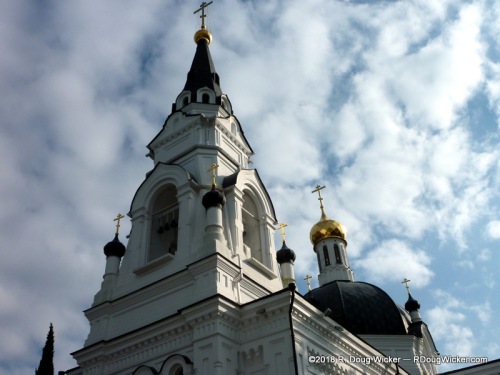 Until then, here’s a close up view of one of the Eastern Orthodox crosses topping the church:

There were the usual suspects memorialized in bronze. These included Vladimir Lenin:

I’ve no idea who this guy was: 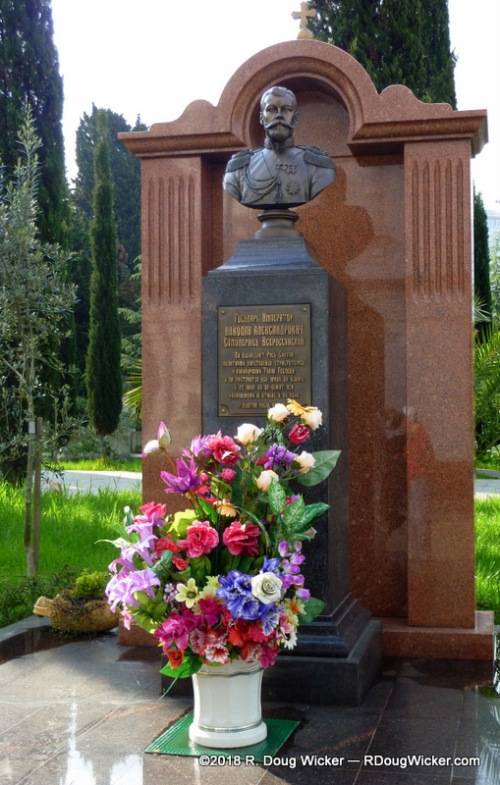 Image of the Unknown Guy

By the way, I assume most will not be surprised that the abomination known as karaoke has infected even this corner of the Black Sea. But at least it’s colorful here.

And did you know that Pisa is not the only place with a leaning tower? Our guide explained that an apartment building was having trouble selling units. So much so that the owners even prominently plastered the telephone number on both sides of the top of the structure. One look at the building may tell you why units are at a discount price, yet still not getting any bids.

The Leaning Tower of Sochi

Comments Off on 54 Days at Sea — Sochi, Russia