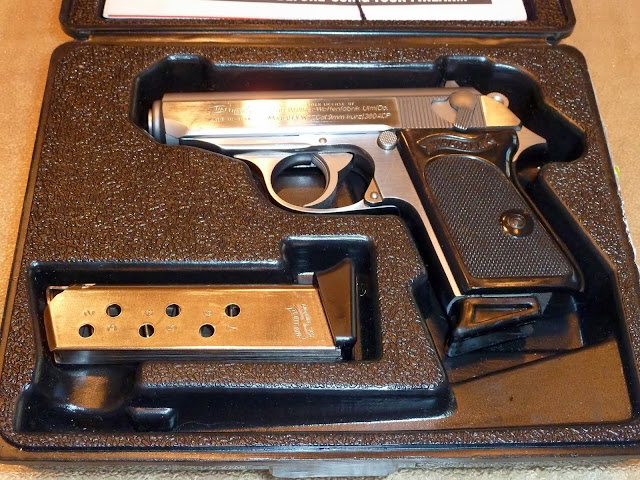 I had hoped to show you my new stainless Interarms Walther .32 ACP (7.65mm) PPK by now, but it’s currently being held by a sheriff department in another state pending a defensive shooting.  Until that investigation is completed and the deal closed between the seller and me, that particular blog will have to wait.  Shame, too, because there were only 5,000 samples of that particular weapon made in that exact caliber before Interarms shut down operations back in the late 1990s.  In other words, it’s a rare beauty.

However, as luck would have it, I found today a close cousin — another stainless Interarms Walther PPK, but this one chambered for the much more popular and vastly more prevalent .380 ACP round (9mm Kurz).  After disassembly, a thorough cleaning, lubrication, and reassembly, here’s what followed me home today:

Disassembled view — the two right-most magazines are actually for the .380 version of the PPK/S rather than the PPK 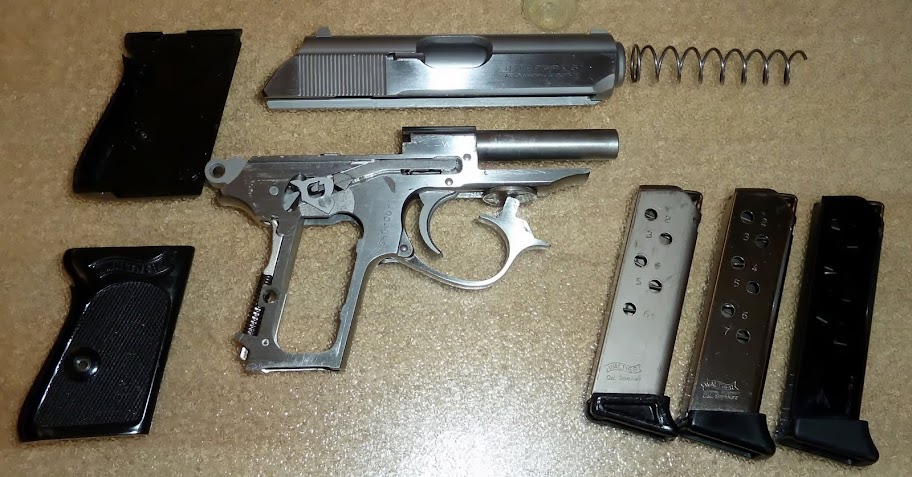 Stainless steel frame and slide — this particular material was only used in PPK and PPK/S pistols made in Smith & Wesson’s current version and the previous Interarms version manufactured by Ranger Manufacturing; No European Walthers were made in stainless steel. 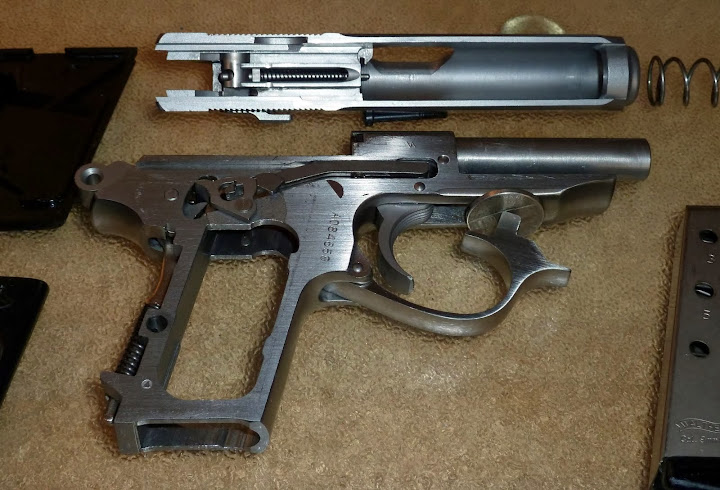 Close-up of PPK frame and underneath view of the PPK slide; firing pin channel and safety block located on the left-hand side. 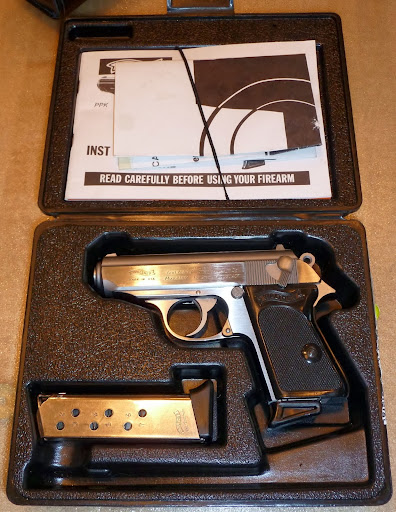 But if you’re not into guns, don’t worry.  No more than one such review shall occur in any one week.  We’ll still have plenty of travels to enjoy as well as Fun Photo Friday.

4 responses to “Latest Acquisition — An Interarms Walther PPK in .380 ACP”