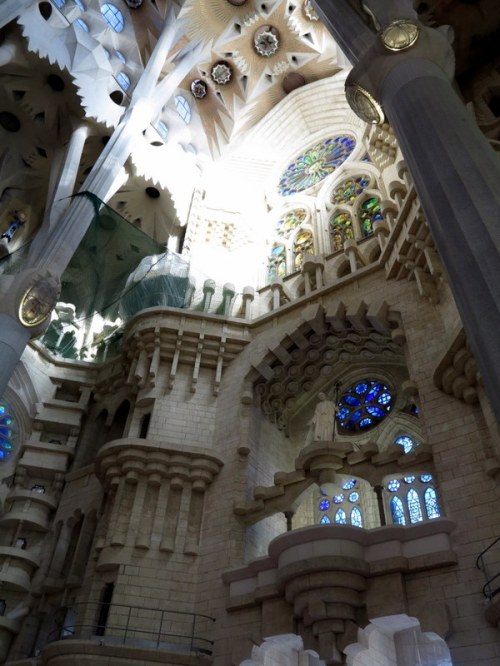 Antoni Gaudí’s creation gets more impressive the closer you look.  As if the cubist-style statuary adorning the exterior and the forest of columns dominating the interior weren’t already enough, other details start jumping out at you as you redirect your attention from the macro to the micro. 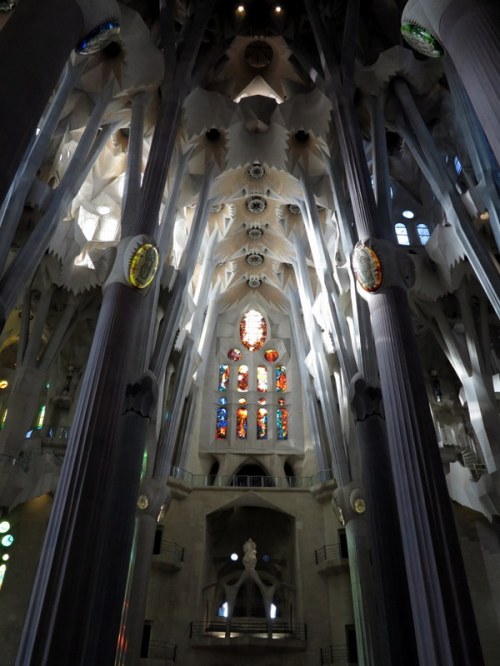 For instance the organ boasts an astounding 1,492 pipes spread out of 26 stops (groups). 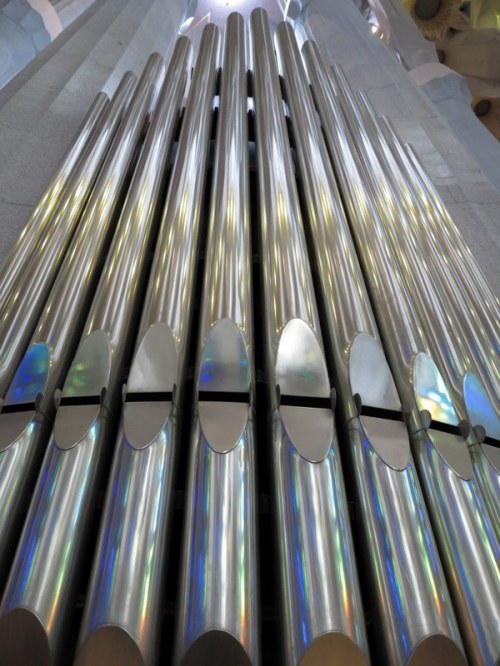 Cast into the bronze door you’ll find a massive array of biblical words and names in several languages.  Two items however stick out as gold accents in a sea of darkened bronze — Jesus and a Magic Square.  The number ruling the Magic Square of the Sagrada Familía is 33, the age at which Jesus was crucified:

Doorway in the Passion Façade with Magic Square

And as I mentioned in the last installment, there are those incredible staircases: 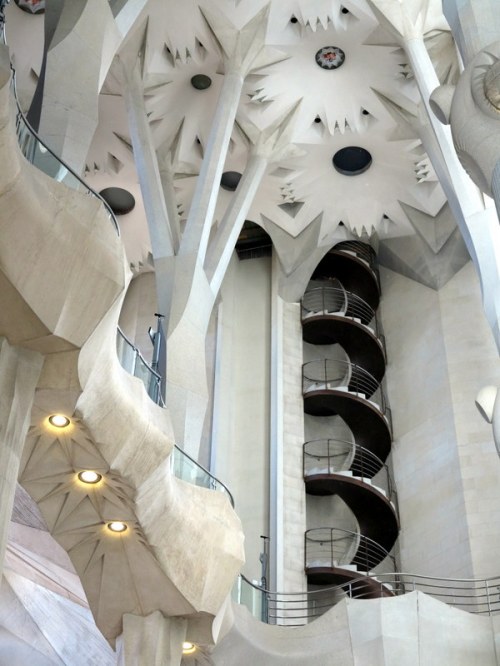 Don’t forget to look for the view of the apse crypt deep beneath the main structure:

Another surprising touch is a massive rendition of The Lord’s Prayer in over 50 languages:

Then there’s that fantastic play of colored light from the stained glass washing across the pillars:

And finally there’s that incredible modernist interpretation above the altar of the crucified Jesus ascending into Heaven beneath a golden parachute-like structure:

But enough on the details.  Here is today’s photo gallery of the interior of the Sagrada Familía:

A Forest of “Trees” and “Branches”